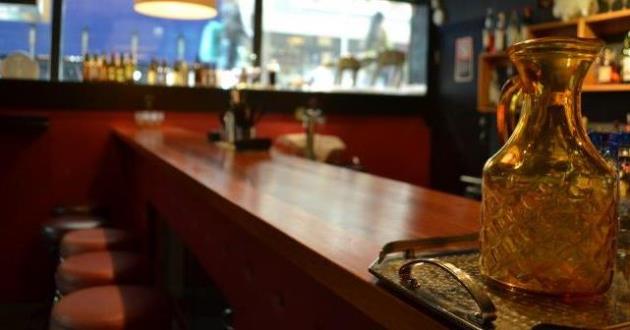 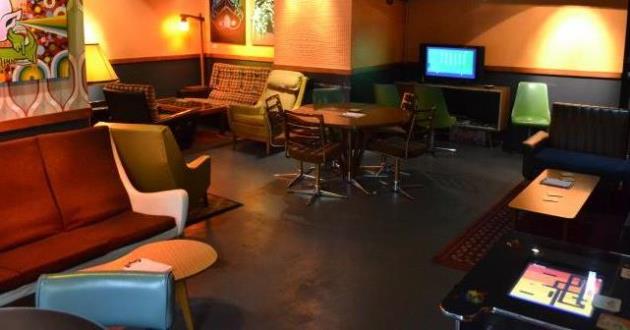 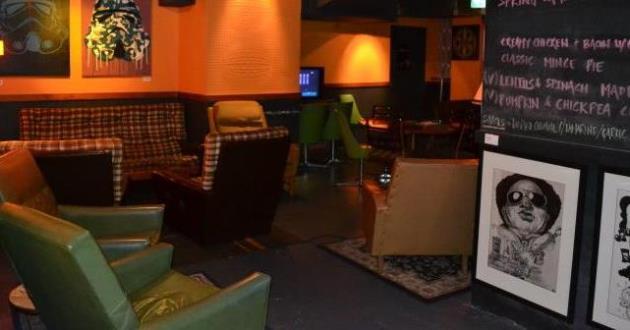 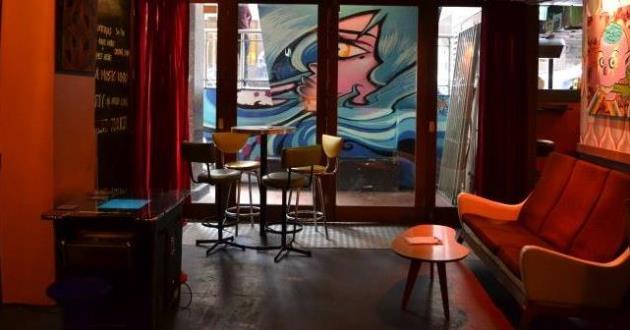 50 Standing
The S.G - formerly known as The Spooning Goats. There’s something we really love about that mental image... spooning goats. But the bar found in the old Mojo Music basement is now called The S.G, and that’s totally cool with us - nothing else about the rad, laid-back drinking destination has really changed at all. With recycled furniture, vaguely 70s tones, easy-going vibes, recycled glassware, and the fact that it’s in the basement of a record store, The S.G feels like you’re hanging out in someone’s living room. In the best possible way. It’s like a living room, just less in a “I just found an old pop tart in the couch cushion” and more in a “you have awesome booze and a damn Atari, bro!” kind of way. Because yes, The S.G has an Atari. Rad. In all seriousness though, these guys know their stuff and are hell-bent on supporting their local scene. All beers are brewed in NSW, all wines are Australian, all artwork is local, and local musos provide a live soundtrack every week. The S.G is great for an after work wind down, chilled-out birthday drinks, casual get togethers just because, and just about all other events. The S.G is found on York Street, Sydney. Near the corner of King Street. So, that’s also down the road from Wynyard Station and a couple blocks away from ferries and water and, you know, a harbour.

The S.G! A small, cosy space filled with goats, beer, quirky things, street art, and a bar. And more beer. And good tunes.&nbsp;This place is great for birthday get togethers, after work drinks, and events conjured up for no reason other th...

What steps are involved in booking an event at The S.G?

There are a few steps involved in booking an event at The S.G and the VenueNow team are here to do the heavy lifting for you.

Once we've gathered these details, the VenueNow team will contact the team at The S.G to check:
1) Can they host the event on your preferred date / time? If not, what are some alternate dates / times?
2) What is the estimated cost based on your event requirements?

If you're happy with the proposed price and dates / times, the VenueNow team will connect you with The S.G to finalise your booking (which may include a site visit if you choose to do so).

VenueNow provides this service free of charge to you as we are paid a small fee by The S.G if you book via us.

What catering / food and beverage options are available at The S.G?

The following food and beverage / catering options are available for guests at The S.G:
- Bar Tab

How do I find out if The S.G is available for my event date?

The best way to find out if The S.G is available for your event date is to send an enquiry through or get in contact with one of VenueNow's Event Booking Experts.

How much does an event cost at The S.G?

Events at The S.G start from 0.
This may be subject to change due to seasonality, day of the week, duration and your specific requirements. For an accurate quote for your event please send an enquiry or contact one of VenueNow's Event Booking Experts.

What type of events can be hosted at The S.G?

If your specific event type is not on the list, contact one of VenueNow's Event Booking Experts and they will check if The S.G is able to facilitate your event or will help you find an alternate venue.