Relaxation and productivity. On the surface, they’re two seemingly incompatible concepts. But when it comes to conferences, these are the two elements you need to deliver a successful event. At Mantra Lorne, they’ve got this formula downpat – providing the facilities to ensure delegates get the most out of their conference, in a setting that encourages relaxation and rejuvenation. Our VenueNowVIP guests experienced this firsthand.

Arriving at The Blackman hotel on what was a casually 8 million-degree day, it was clear this was no ordinary client famil. Not a heel or blazer in sight, the group were all comfortably clad in activewear and runners. The boutique hotel, part of the Art Series Group, is modern and sleek, adorned with the works of celebrated Australian artist, Charles Blackman. It is a beautiful property, with their ‘entry-level’ studio rooms offering balcony views and luxurious touches. As we entered a junior suite, at first it seemed we’d reached the pinnacle of The Blackman’s offering.

Styled to perfection, the suites were, quite simply, beautiful. But as we entered the penthouse on level 18, it was clear they were saving the best to last. With views stretching across Albert Park to the bay and beyond, the backdrop was unbeatable. Guests grabbed a coffee and a delicious morning snack and took in the view. 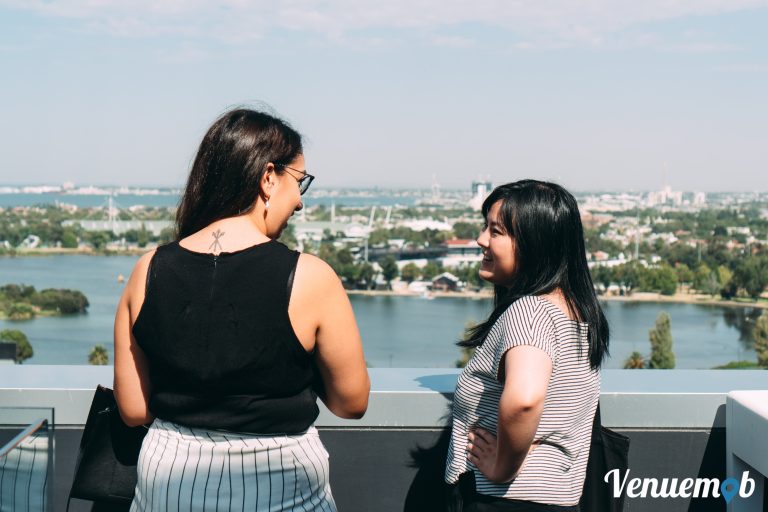 Jumping onto the mercifully cool bus, everyone was assigned a colour in preparation for the road trip activity. Darcy Crump from Be Challenged entertained the troops with a couple of rounds of trivia, designed to get the synapses firing and the conversation flowing. With everyone’s competitive streak ignited, the trip to Torquay flew by. 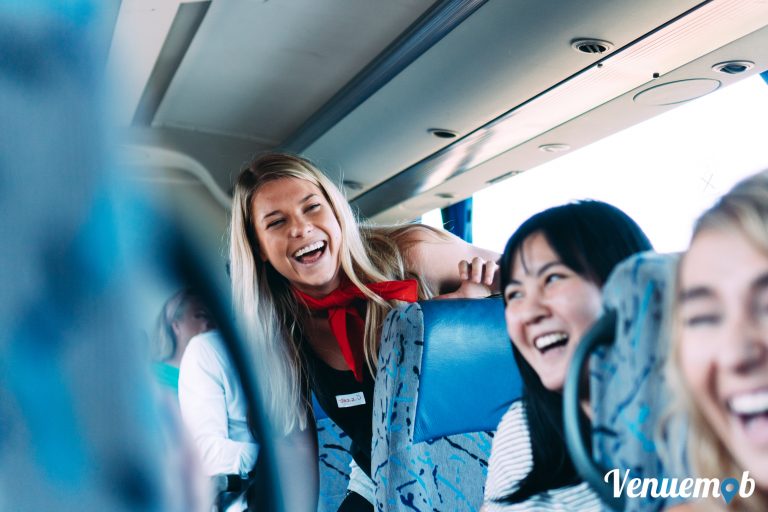 Arriving at Peppers The Sands Torquay for lunch, we explored the sprawling property. Each space was bathed in natural light, with views of the golf course almost tempting us to grab a set of clubs. But, alas, a heat rule was in force, so instead, we sat down to a long grazing-style lunch. 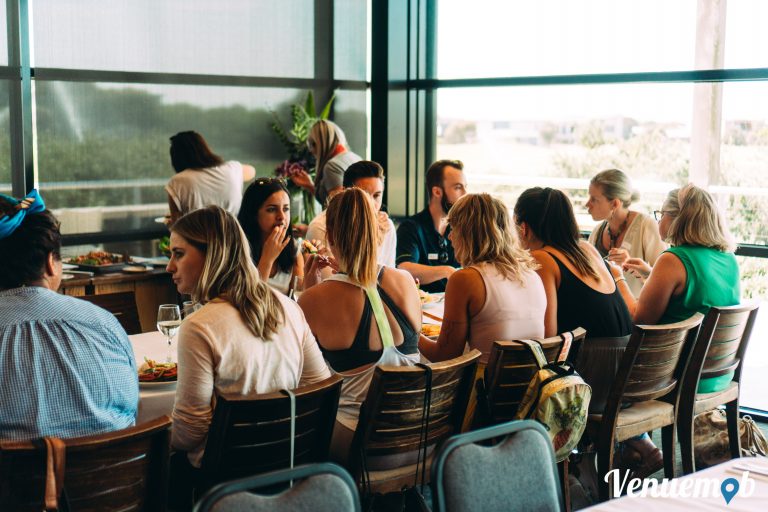 Back on the road, Darcy energised the group out of their digestive slump with another round of games. Bright and bubbly, everyone was impressed with his hosting duties, particularly given he was standing back to the front, while we wound our way down the nauseatingly twisted Great Ocean Road. 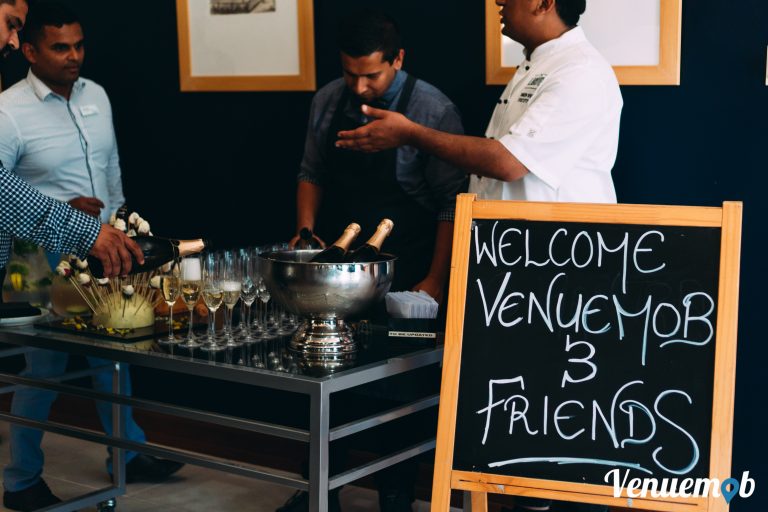 Pulling into Mantra Lorne, the only thing warmer than the weather was the welcome from staff – champagne and white chocolate-coated strawberries cementing positive first impressions. With a small grace period before dinner, guests were invited to settle in, explore the grounds, or hit the beach. Crystal, salty water, soft sand and a setting sun were the perfect introduction to Lorne. And for those not partial to sand, the grounds of Mantra Lorne allowed for plenty of exploration. From the tennis courts, to the lawn bar, indoor pool and nearby spa, not to mention the comfortable rooms, there was something for everyone. And given its central location, those who felt like taking a tour of Lorne could do so with ease. 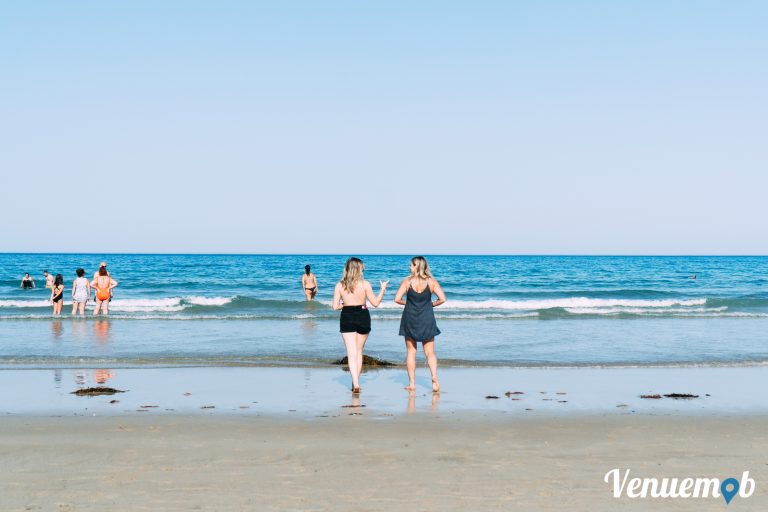 With everyone de-sanded and dressed for dinner, we began our tour of this beautiful heritage property.

The convention room is Mantra Lorne’s greatest trick. From the outside, the building doesn’t look particularly large. Step inside, and you’re immersed in a HUGE conference/event space that can host 500+ delegates theatre-style, or 180 if you want to break the room down into one of its three parts. The rigging and acoustics also allows for total flexibility, meaning you can tailor the space to suit your event, rather than the other way around. Once we were finished craning our necks around the huge space, we moved onto the property’s historic jewel. 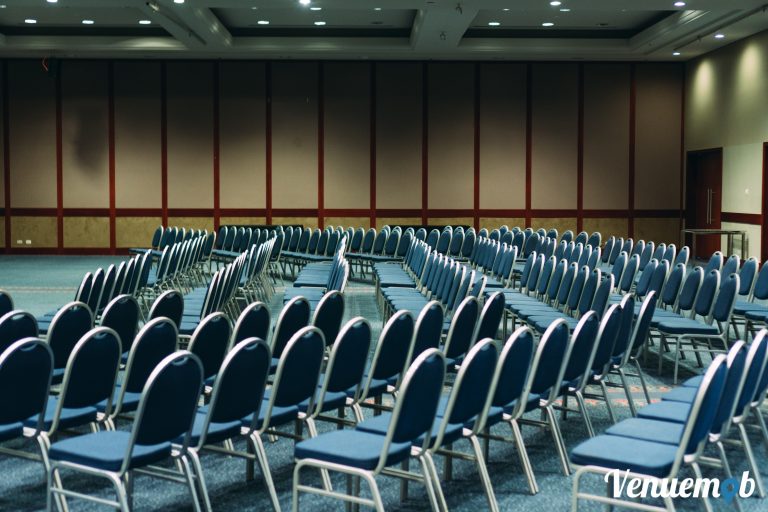 The Heritage Ballroom is a wonderfully romantic space. Its pressed metal ceiling, original solid timber floors, and period details make this beauty from 1864 shine. With decorative touches, you could transform the space for a gala dinner, or pare it back for a plenary space.

Exiting via the barn-style doors of the heritage ballroom, we took a stroll through the undercover laneway, and peeked into the heritage meeting spaces. The laneway, which can be used as a market-style dining space for delegates, connects the meeting spaces with the ballroom and Larder Restaurant. 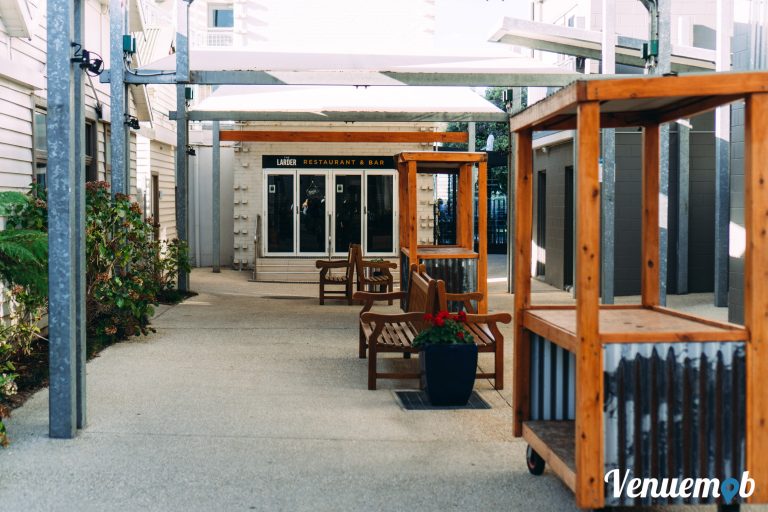 Making our way into the Heritage Dining Room adjoining the restaurant, the cute ornate details delighted guests. Part of the original Erskine House that makes up the backbone of Mantra Lorne, the room has filtered natural light and is ideal for private dinners and events.

Heading onto the lawn for cocktail hour, we stopped to admire the large iron contraption lovingly nicknamed ‘The Beast’. This intricate piece of ironwork was created by Mantra Lorne’s maintenance man, and is used for 8-hour, slow cooked spit roasts. Our attention was then diverted towards the double decker bus parked on the lawn.

Relatively unremarkable from the outside, within this bus from Prickly Moses was a fully working microbrewery. Andrew from Prickly Moses took us through their different beers and ales. With this brewery being mobile, Andrew explained, the bus often travels to private conferences and events, allowing guests to create their own craft beer recipe, brew it, and have it bottled and shipped to the company within a fortnight. Balancing incredible canapés from Mantra Lorne in one hand, guests stepped up to try these craft brews, including a French provincial-style farmhouse ale, which is incredibly hard to come by in Australia...despite the fact that it’s seriously delicious and should be on every pub’s taps. 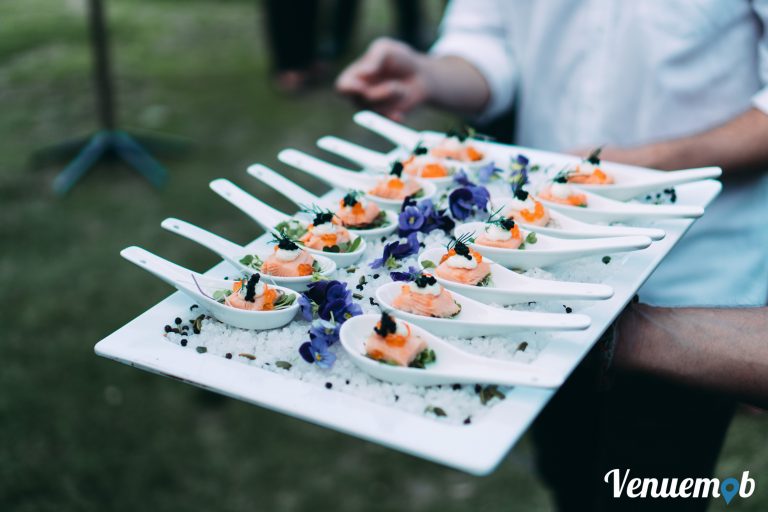 Canapés, such as crispy wonton-wrapped duck cigars and refreshing smoked trout spoons, quickly disappeared, as principal product manager for NAB, Tristan Cooke, stepped up to challenge the group’s way of thinking about design and problem solving. Asking five members of the group to volunteer the contents of their wallet, he asked us to uncover the character and the stories behind each wallet. He then asked the group what was one challenge or problem behind one item in each wallet. For one guest, it was an excessive buildup of random receipts, saved for tax purposes. Through asking questions and working creatively as a group, we had to come up with two solutions. Going around the circle, two things stood out: firstly, when people think collectively, the creativity really flows. And secondly, a person’s wallet is deeply personal and always holds a story.

Wallets stowed, the group then turned to see a long, styled banquet table waiting for our dinner under the stars. 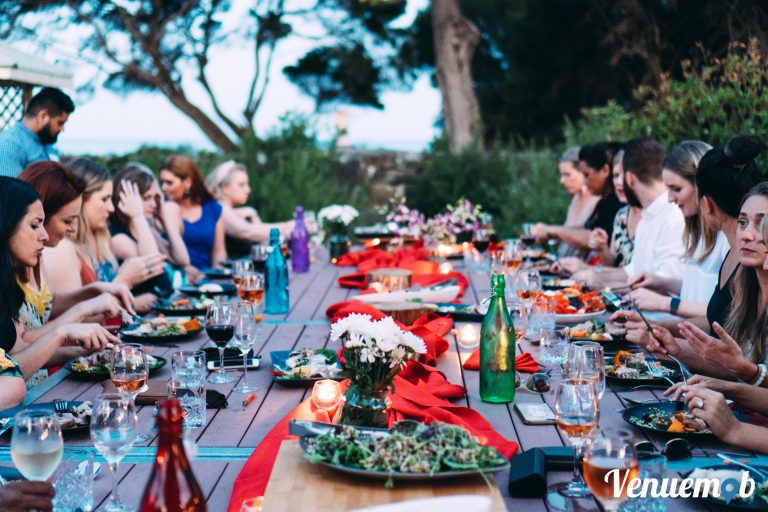 Festoon lighting providing the perfect backlit setting, Chef Varun and his team began to adorn the table with a cornucopia of summer delights. Grain salads, roasted vegetables, Caprese salad stacks and soba noodle salads were passed around the table. A feast of whole roasted fish, suckling roasted pork with crackling, roasted lamb and chicken soon arrived at the table. With accompanying wines expanding our palates, the group began to settle into the evening. Good conversation, amazing wine and even better food left the group feeling cheery and warm of cheek. And as the sun dipped below the horizon, the night cats plonked themselves on the beach to toast the end of the night.

As the sun began to rise again, the team dotted themselves along the sand, ready for sunrise yoga. The group stretched and moved into their bodies, greeting the morning with a few sun salutations. Meanwhile, the team at Mantra Lorne were busy setting up a grazing breakfast for the team, right there on the beach. Fruit, poached egg pizzas, avocado smash on toast and a cheeky pastry or six left the team feeling restored. 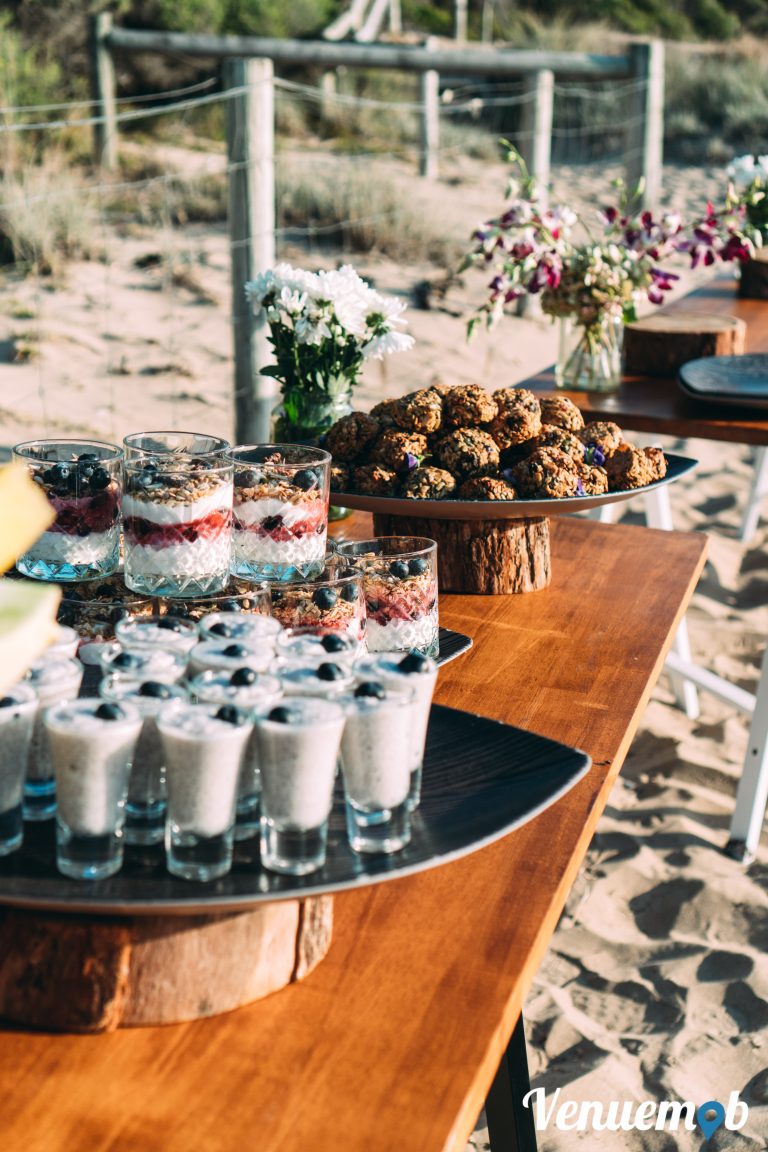 Those keen to try their hand at paddleboarding dusted the crumbs from their hands and waded in. Despite a few spills, everyone who took to the sea emerged bright-eyed and smiling. 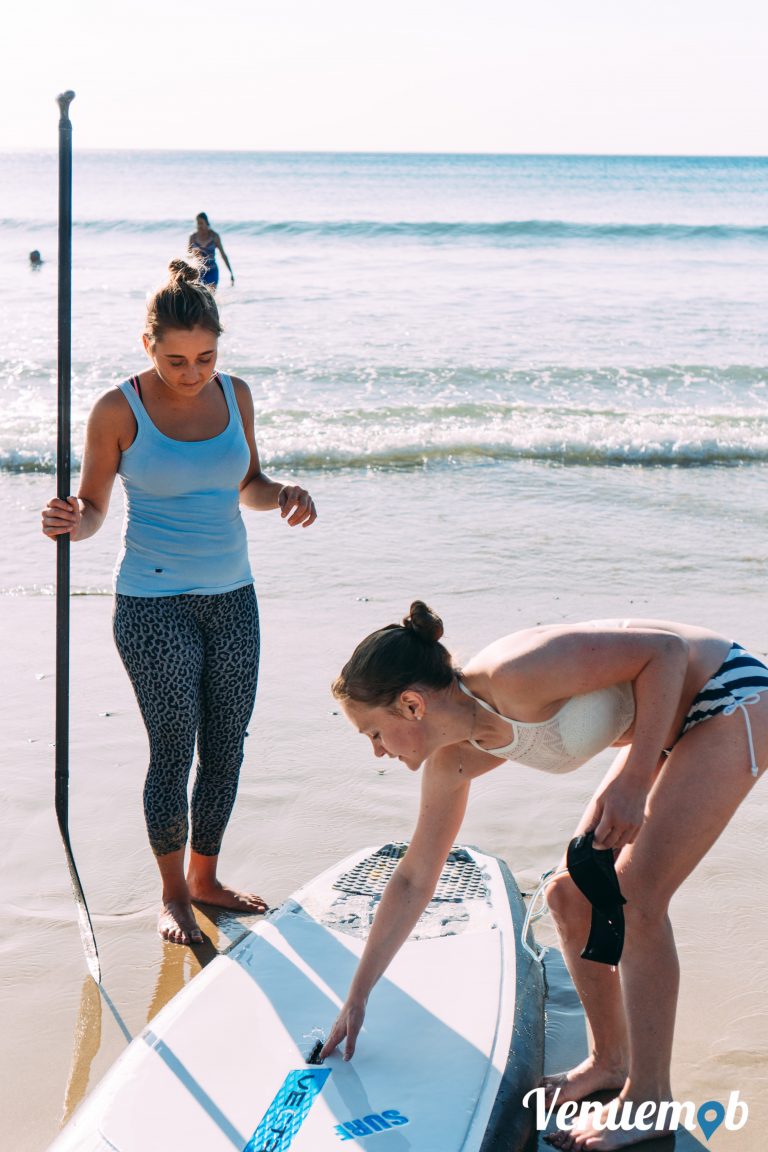 After check out, the team were ready for their final surprise activity: a high ropes course and ziplining at nearby Live Wire Park. Looking utterly fetching in our harnesses, the team had a safety crash course  Most stared into the sky and muttered, “Oh, yeah. That’s not *that* high.” Turns out, when you’re up there balancing on a log, it is that high. 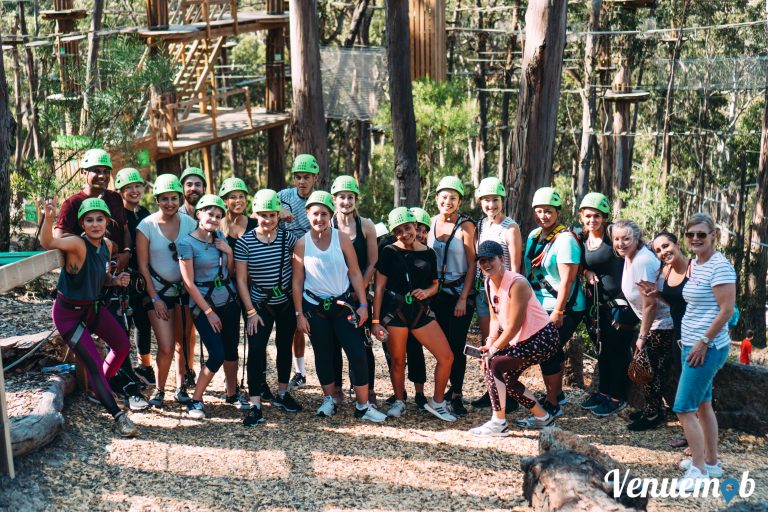 With shrieks of joy...or terror...maybe both, those without acrophobia took to the course, grasping and tiptoeing towards the ultimate payoff: ziplining your way back down. There was payoff for those not taking part in the course: watching those who didn’t quite nail the landing plunge bum-first into some fluffy wood chips.

Adrenalin beginning to subside, the team headed back to Mantra Lorne for the final lunch. And if this lunch was anything to go by, the team at Mantra Lorne give it their all ‘til the very end. Chef Varun and his team brought out a delicious parade of food. Prawns, snags, potato salads, zesty slaw, sliders, kangaroo and peri peri chicken filled the table. Reminiscent of a Christmas lunch, the team dug in, giving the hardworking kitchen staff a thunderous round of applause for catering so wonderfully for a group that lapped up every bite. 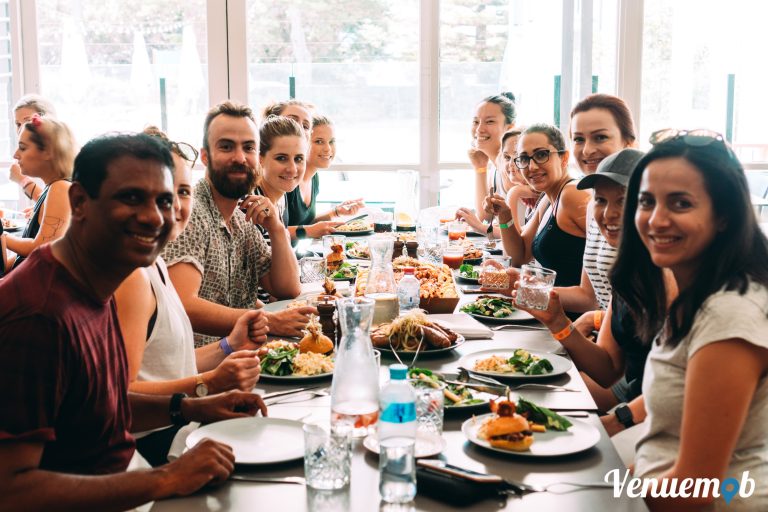 Some lucky guests, so enchanted by the experience, opted to spend the rest of the weekend at Mantra Lorne. For the rest of us, we waddled onto the bus.

The first hour of the ride was pin-drop quiet, with everyone having a well-earned nap. An hour later, the noise picked up, as everyone chatted and shared their highlights of the past 30 hours. Despite having experienced two jam-packed days of meeting new people, new experiences and eating, the group that emerged from the bus back at The Blackman were buoyant, inspired by the experience, with the bar of what a residential event *should* look like firmly set.

Feeling inspired for your event? Get in contact with Mantra Lorne, The Blackman, or Peppers The Sands Torquay!

Looking for an event venue?