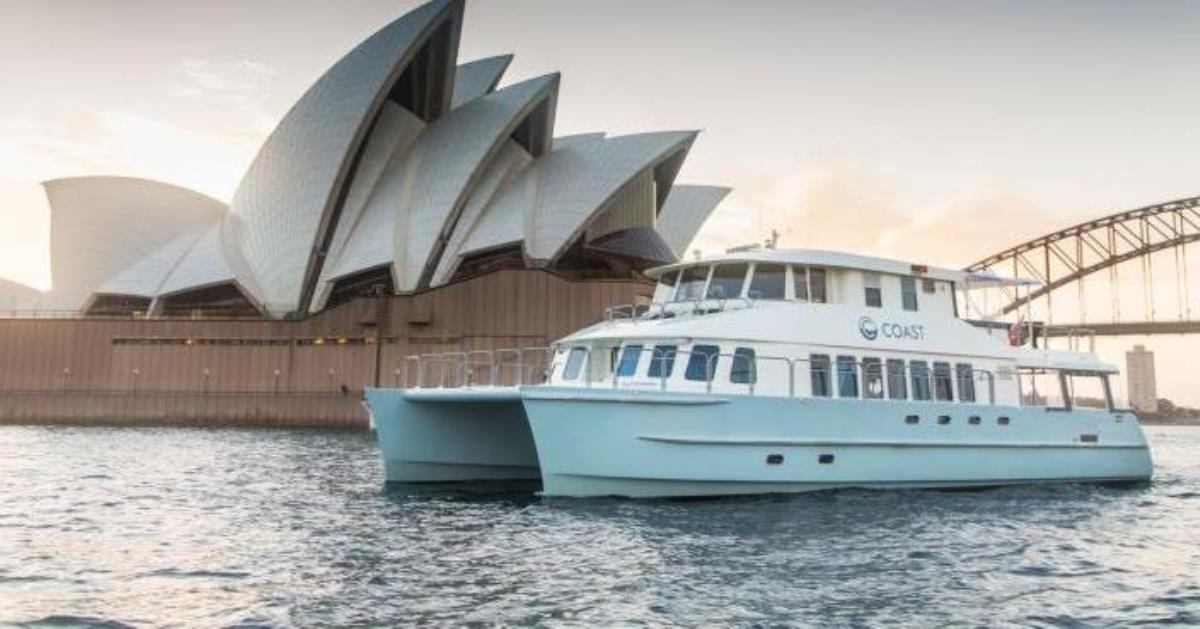 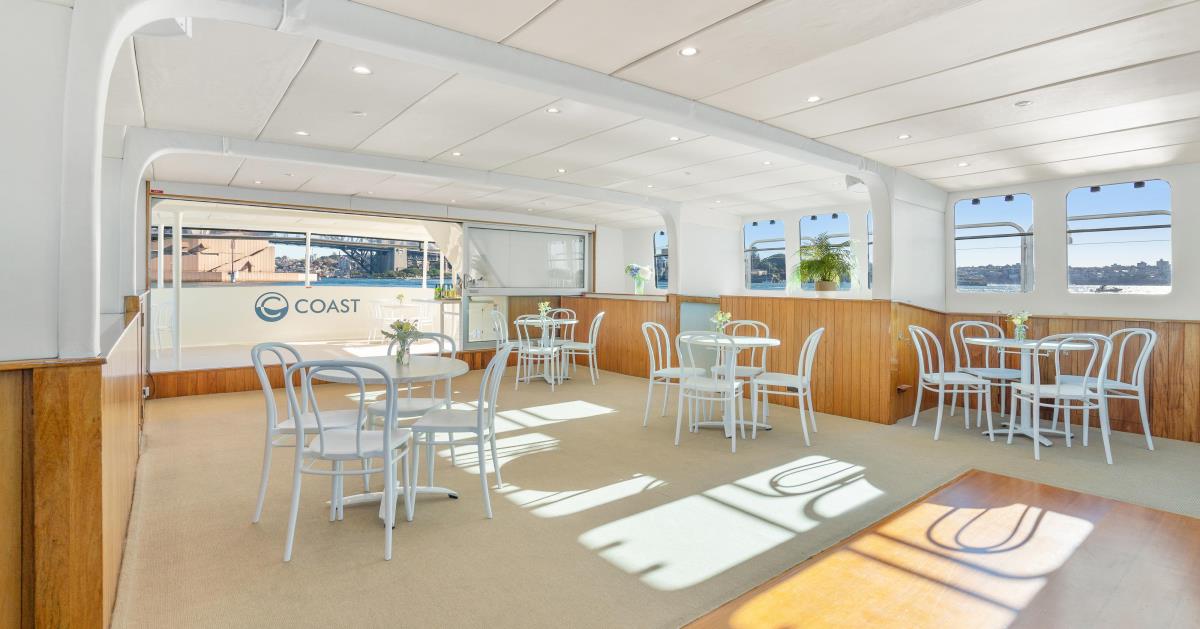 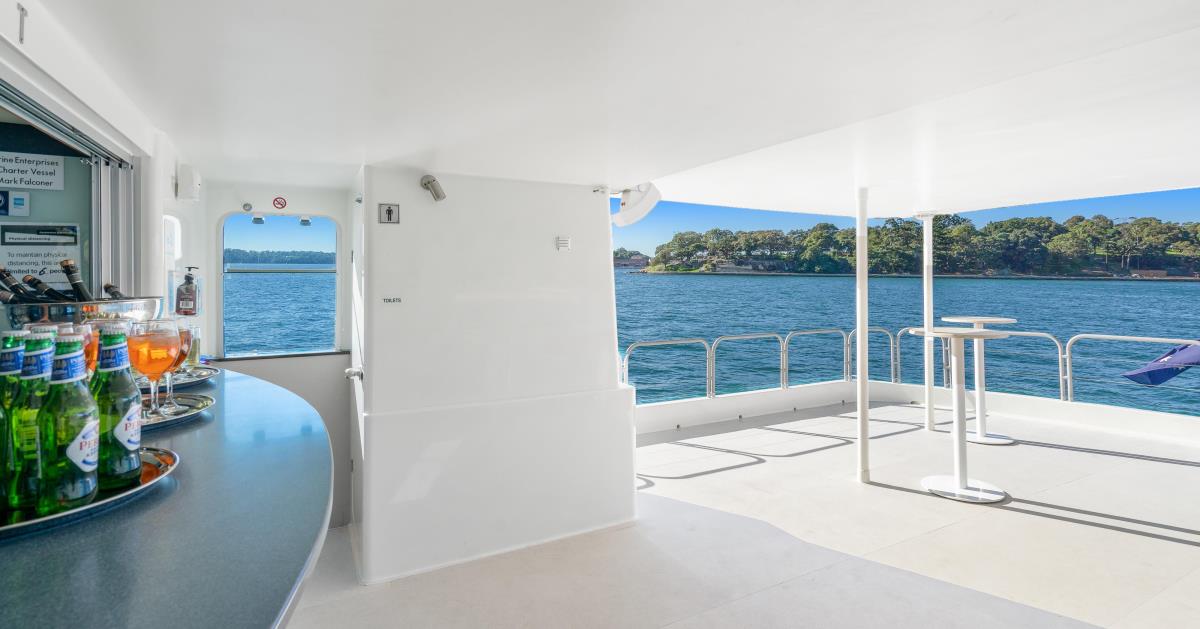 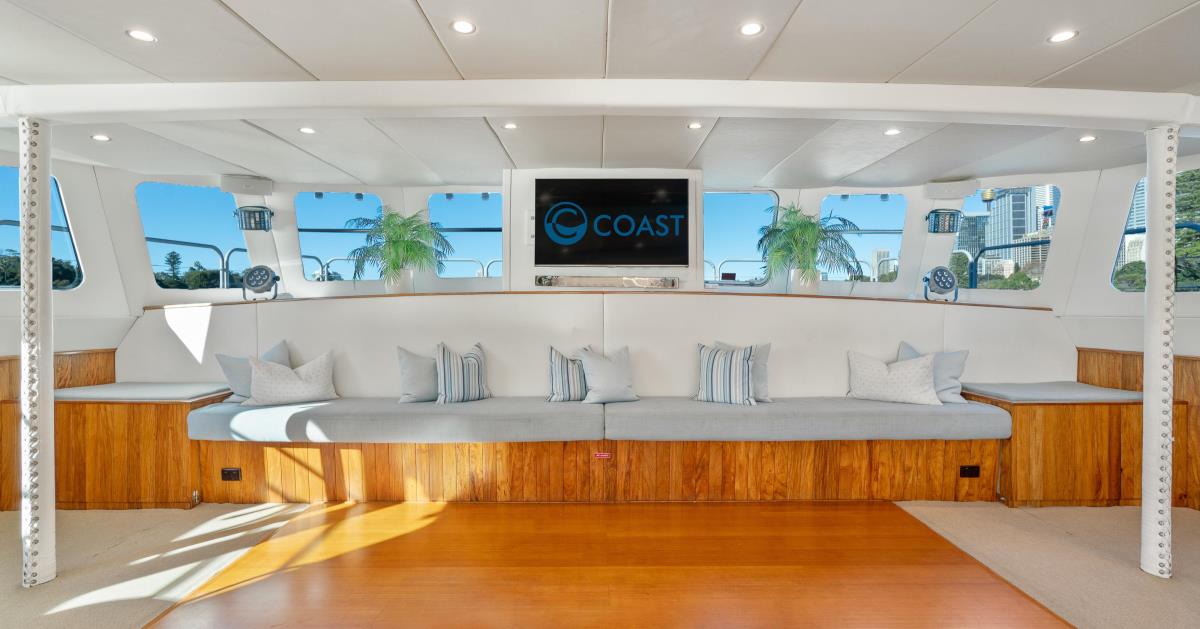 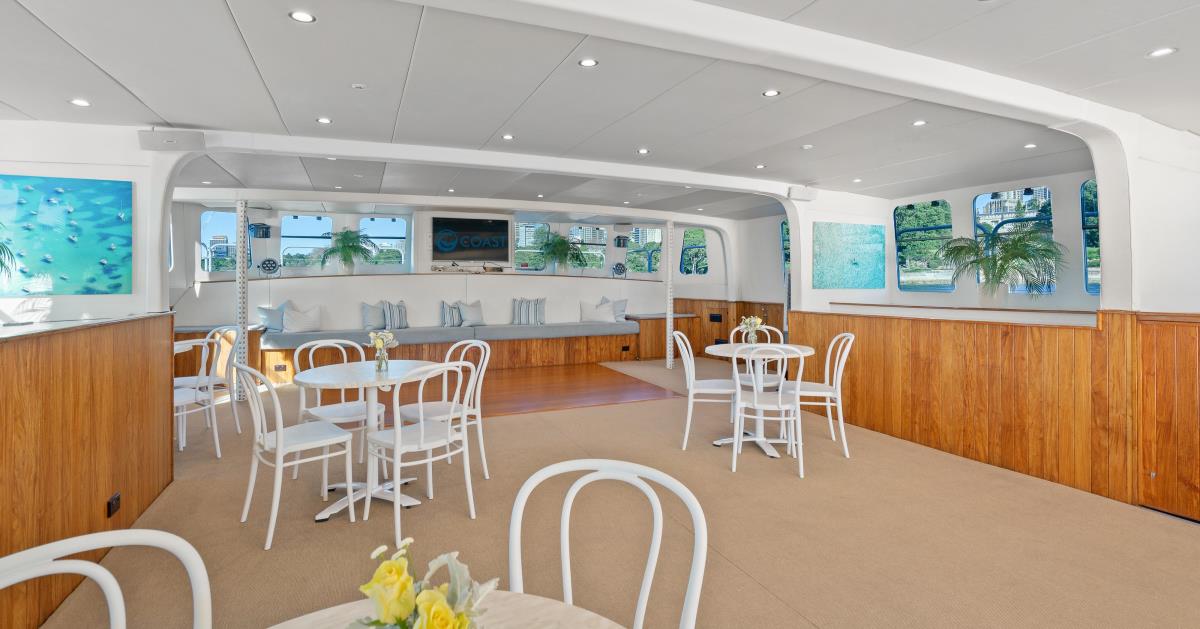 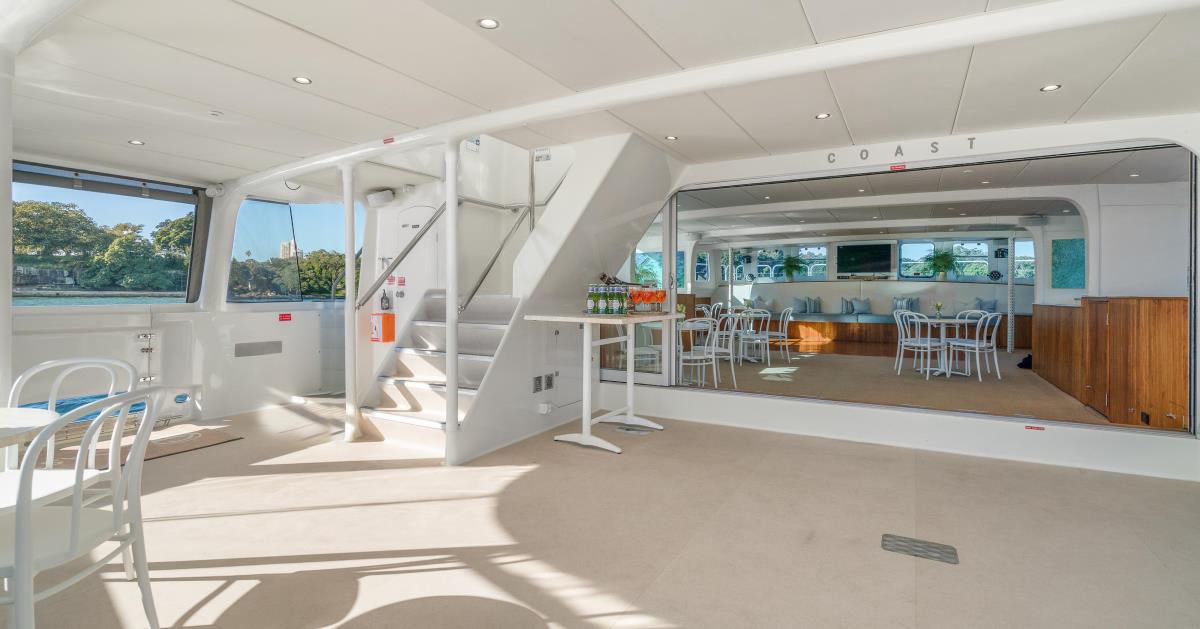 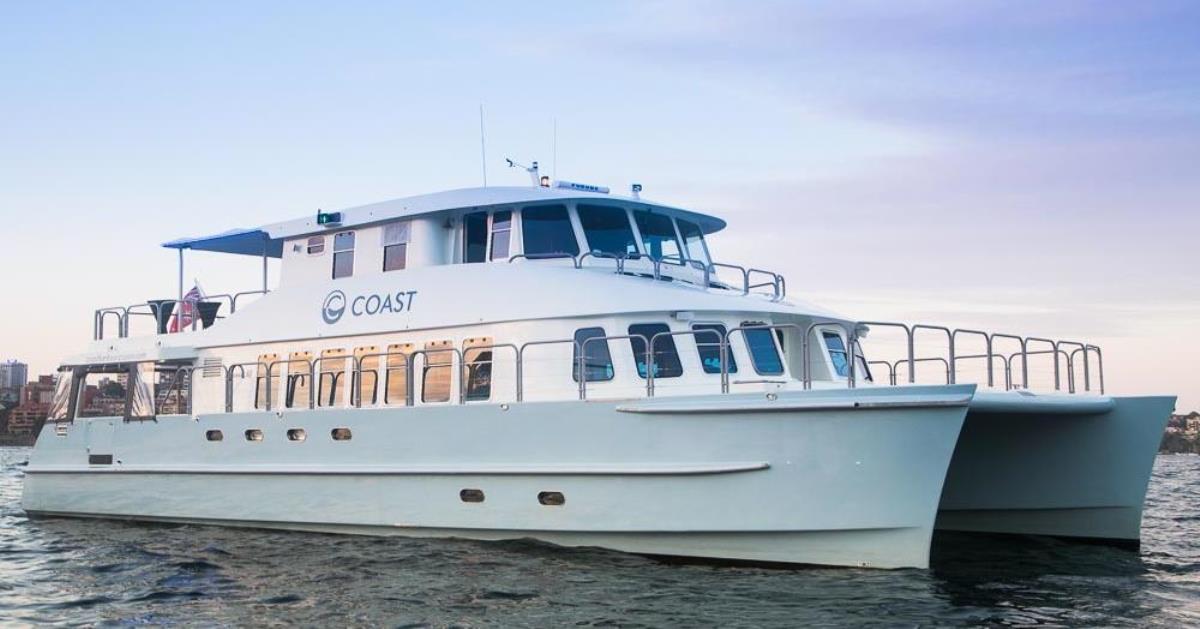 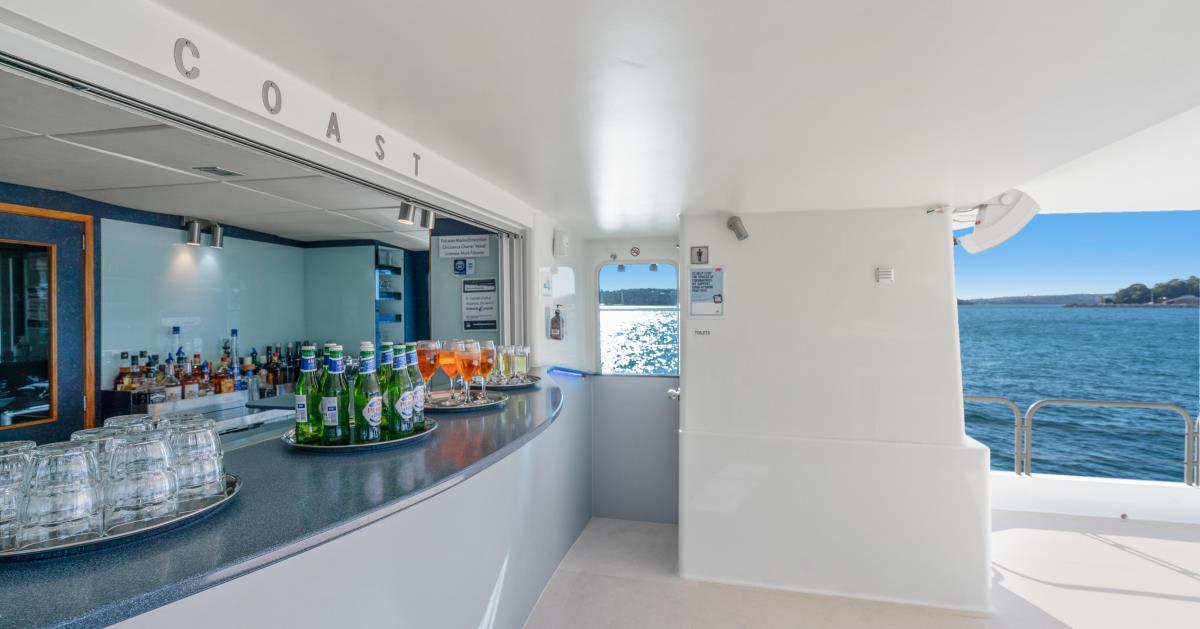 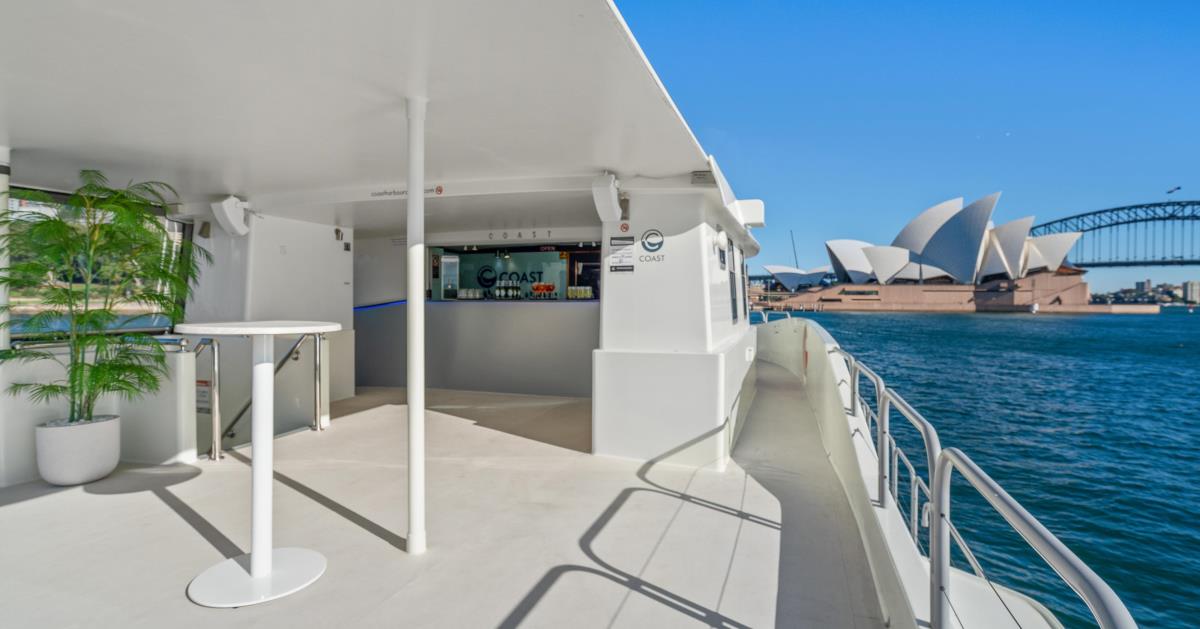 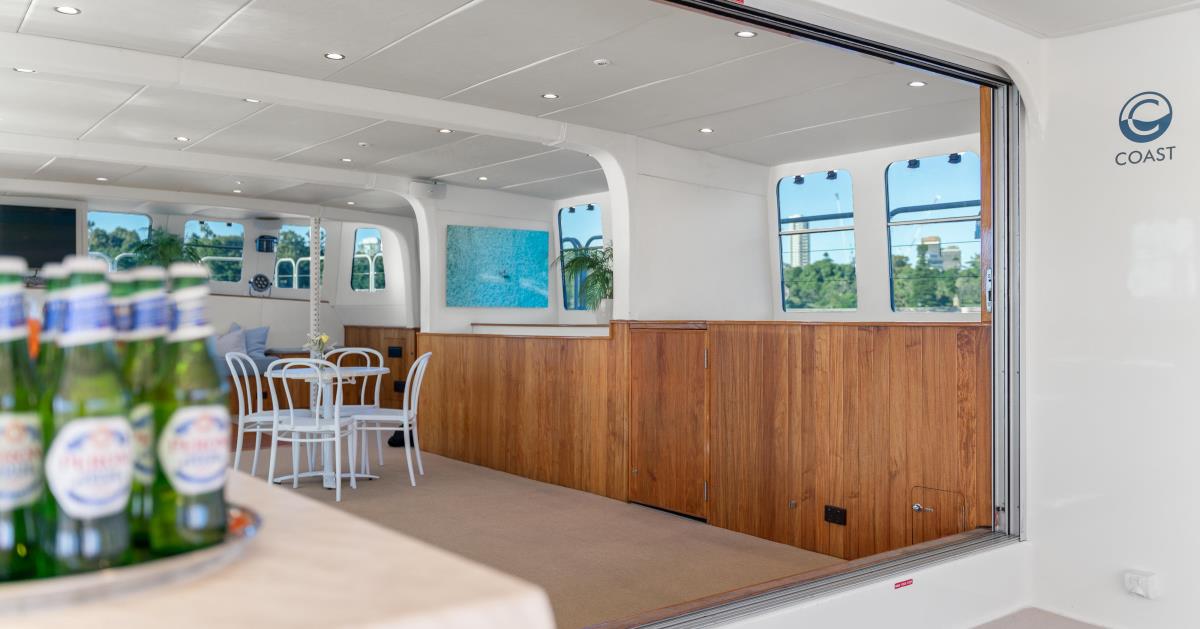 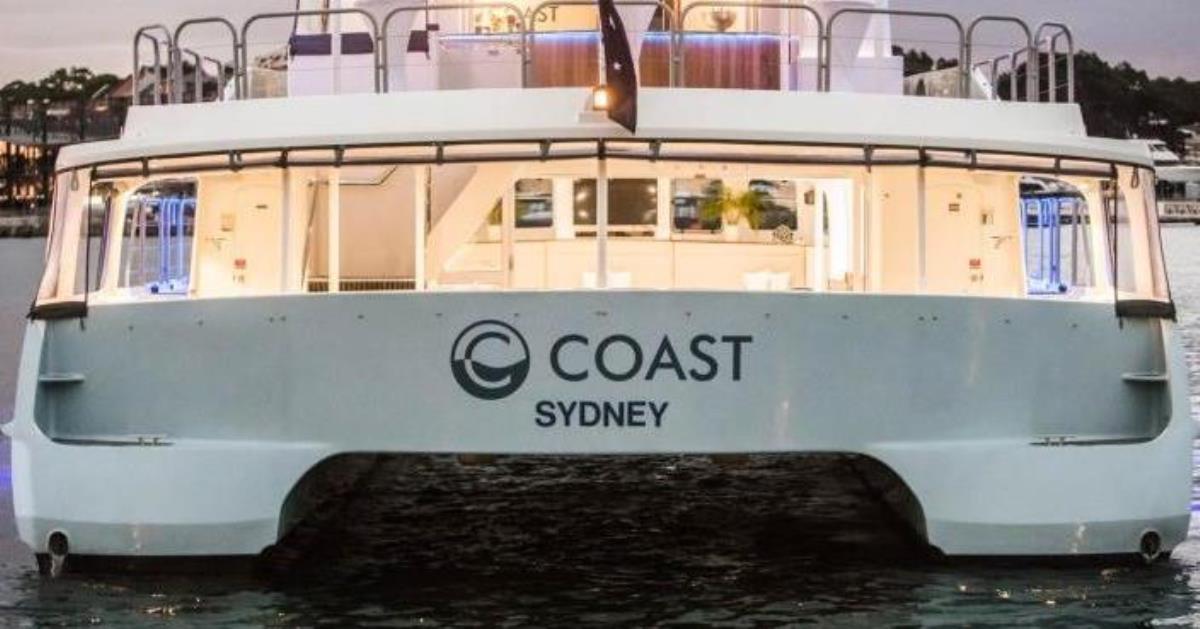 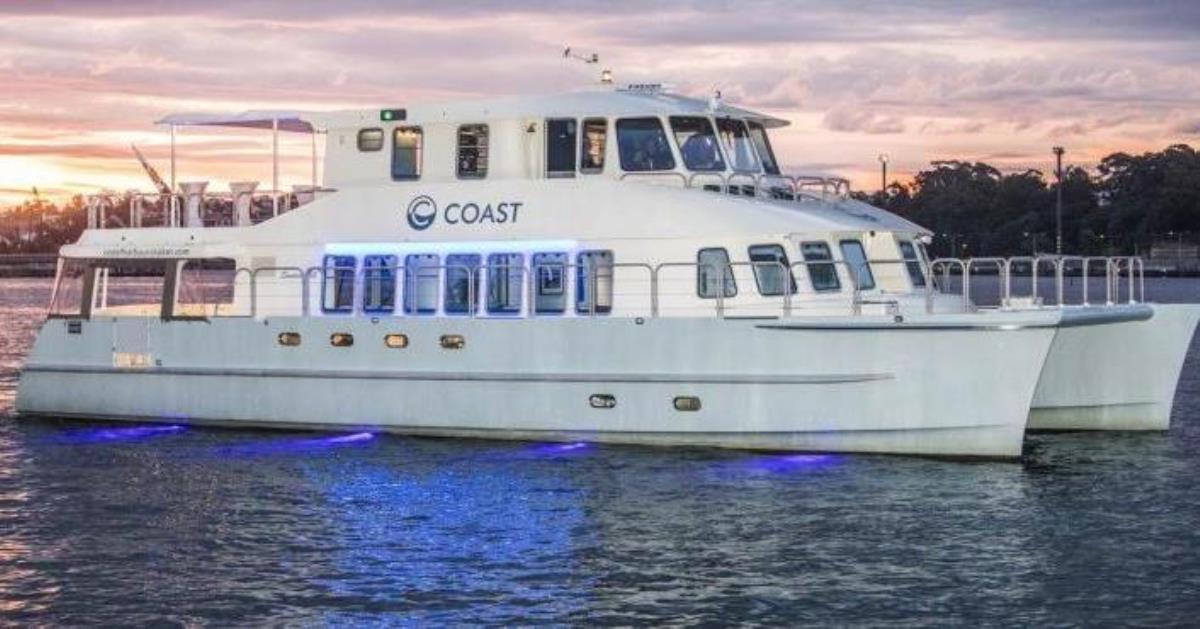 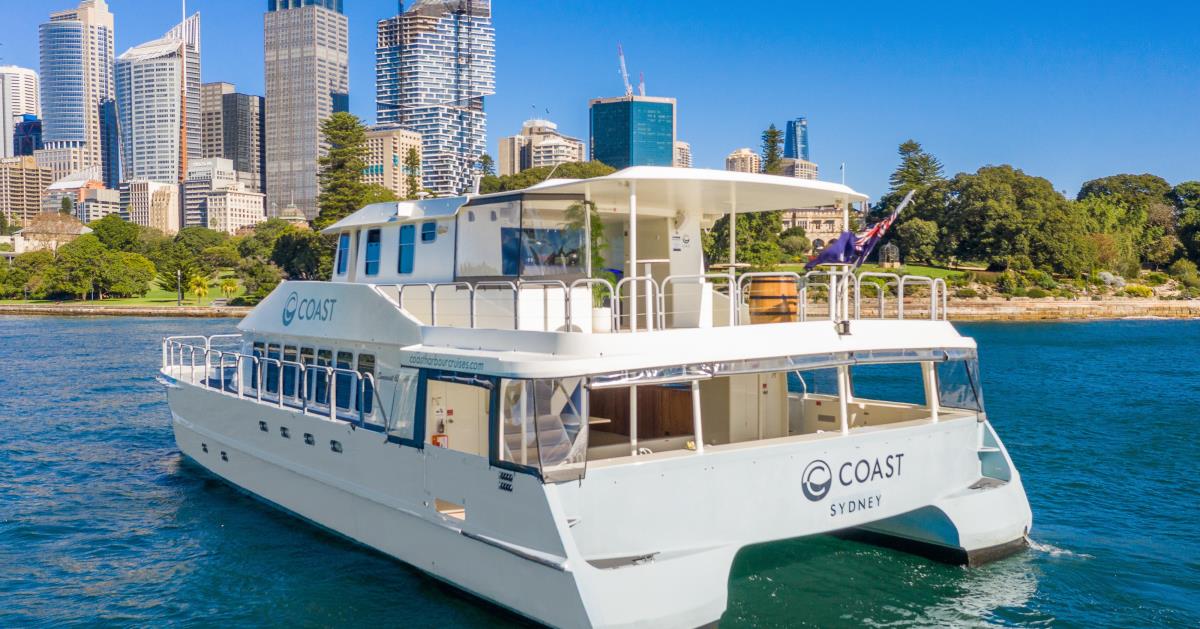 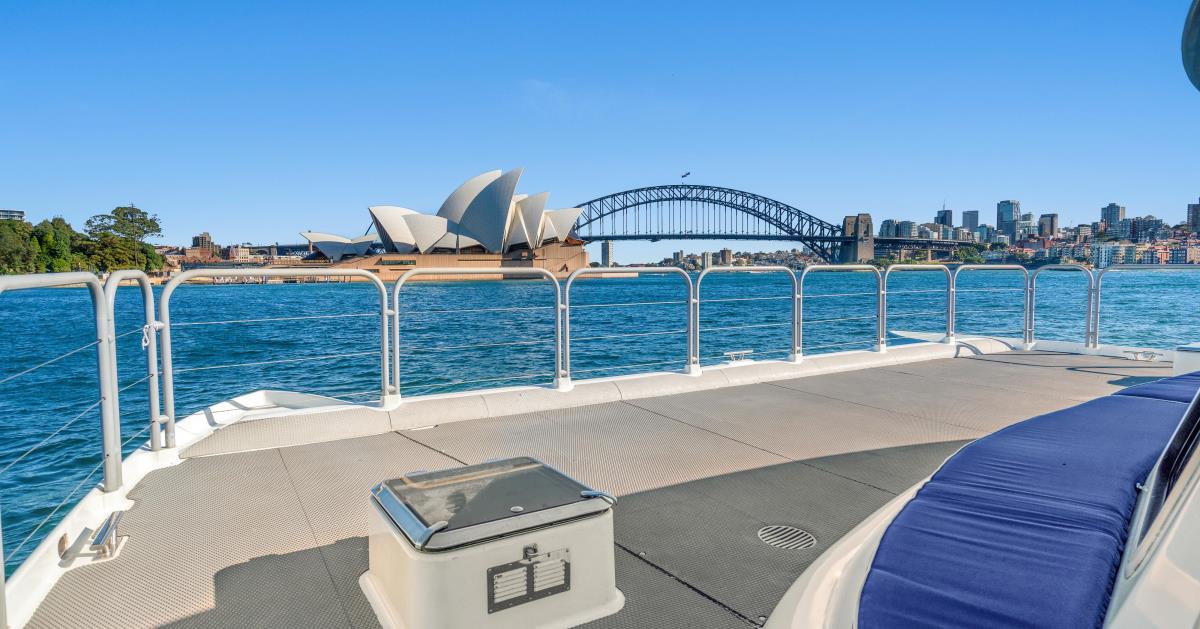 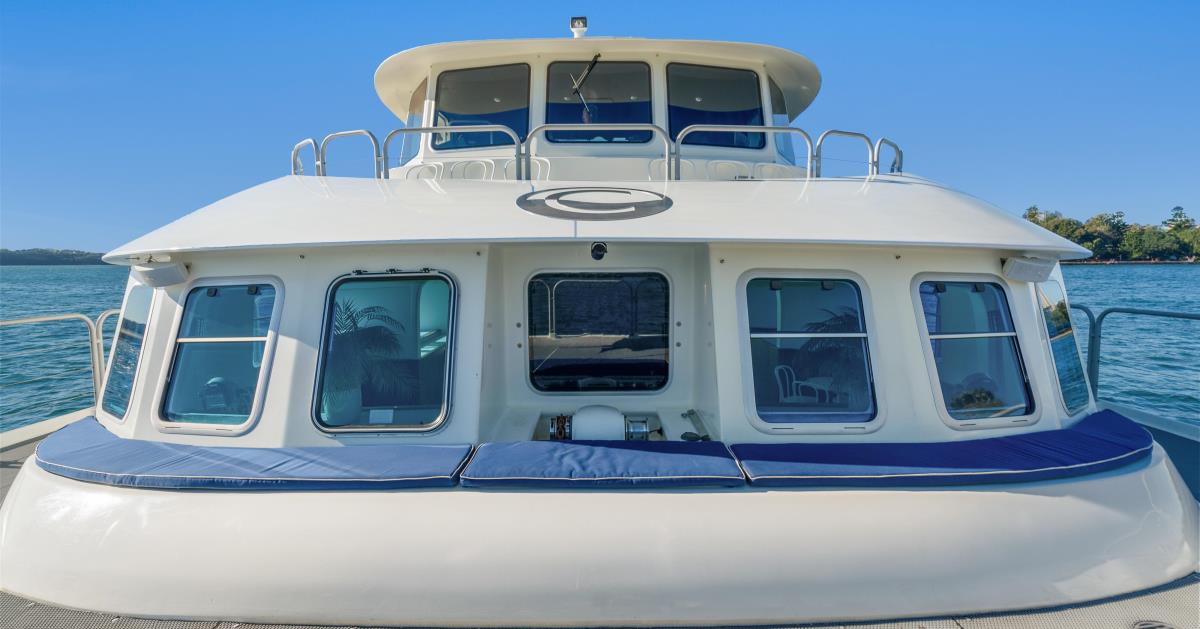 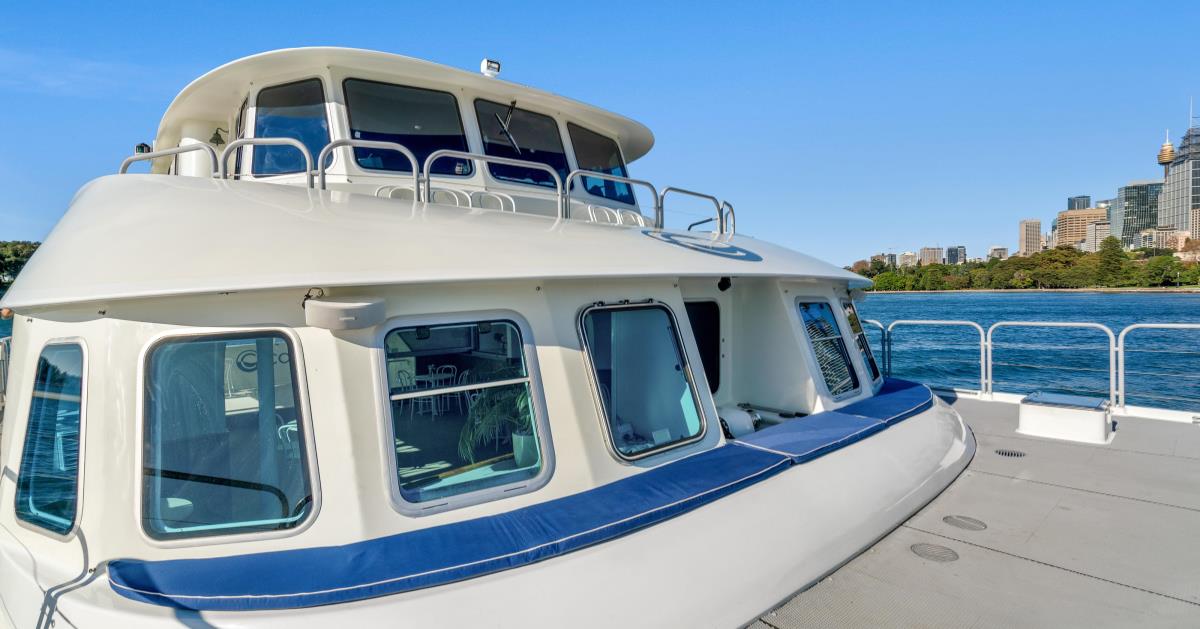 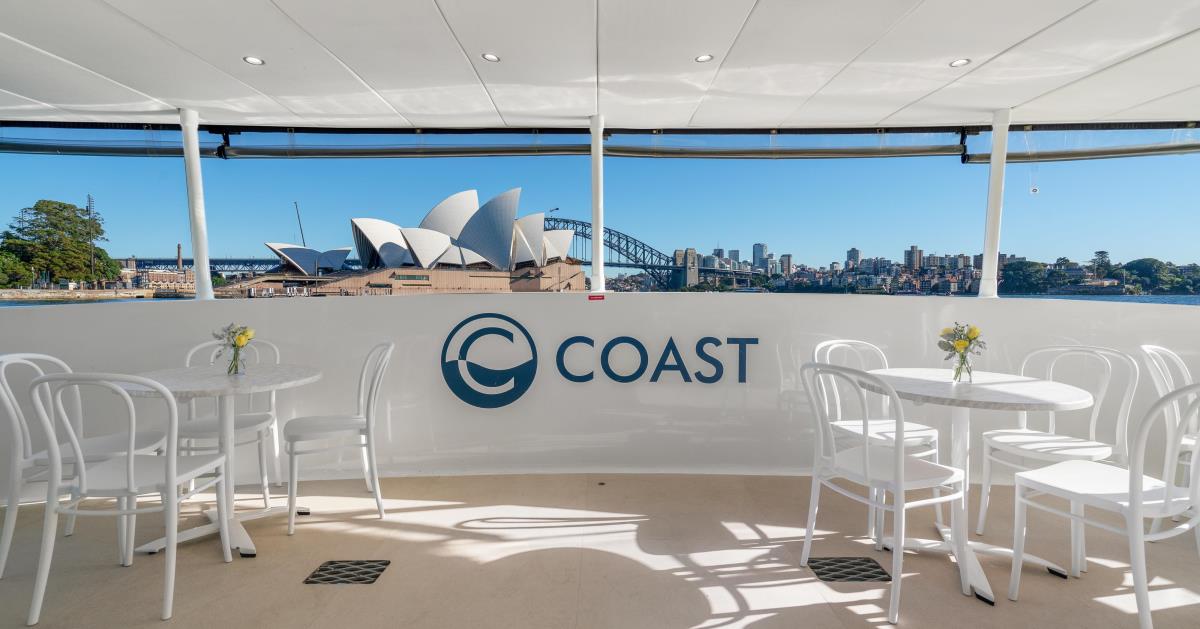 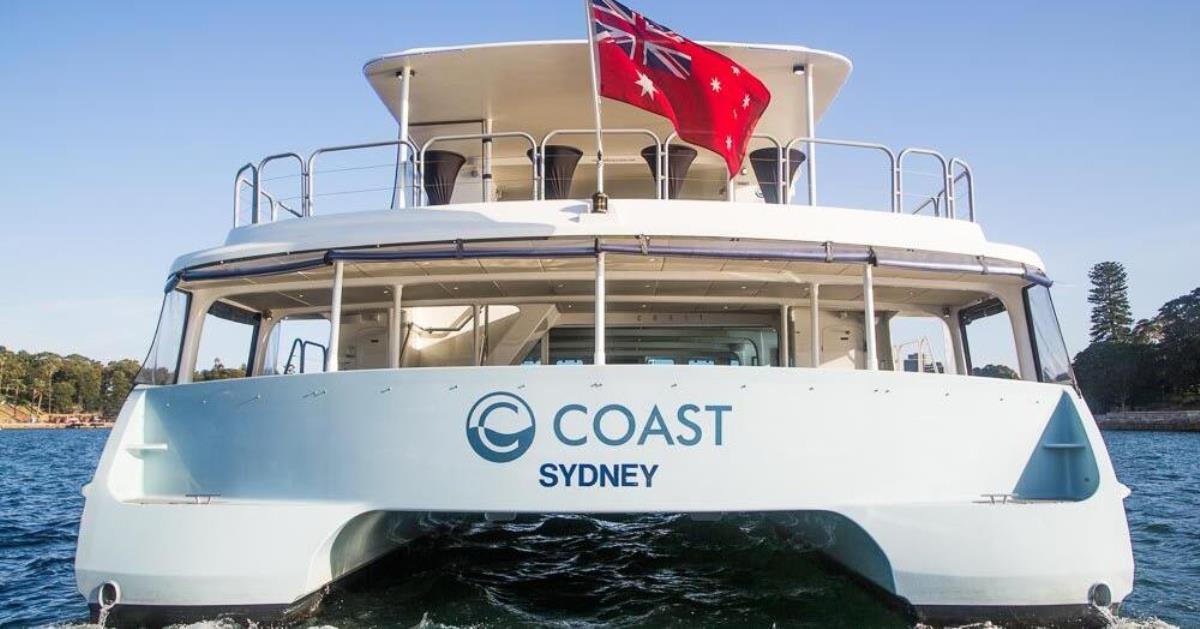 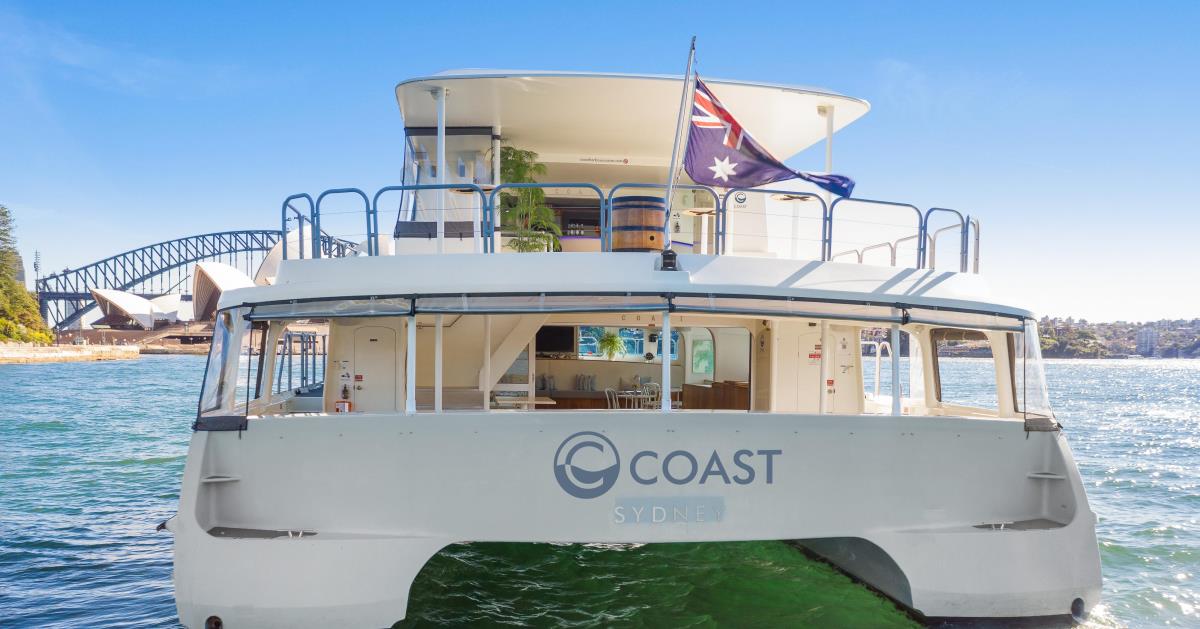 When you live in a city with a waterfront as spectacular as Sydney’s, you may as well make use of it. If your home doesn’t quite cut it as far as party scenery is concerned, then it makes sense to relocate to a locale more postcard-worthy, doesn’t it? This is where Sydney’s charter boats come into play.A modern and contemporary 20-meter catamaran, Coast certainly looks the part. It also manages to sound the part, being that it’s quiet for a large boat. That way, celebrations aren’t hampered by the roar of any engines. Coast is immensely well-versed in the ways of playing host to all sorts of functions. After all, it’s almost exclusively what they do: host parties, conferences, weddings, dinners and just about everything in between.Entertainment, catering, media equipment and drinks are all taken care of by Coast, making it easy to transplant party times from dry land to the midst of sea breezes and enviable views (easily the better of the two options). Not burdened by scope, Coast hosts dinners as easily as conferences and weddings. The modern cruise vessel easily fits up to 100 for buffet-style occasions, and 150 for canapes.Although the Coast Harbour Cruises office is found at the Sydney Superyacht Marina, departure and destination locations for the actual cruises are customisable.

Uber modern and contemporary, This vessel is quite the exclusive number to sail Sydney’s city harbours. With four distinct areas, the boat is supremely spacious, accommodating up to 100 guests for seated dining cruises, or up to 150 for co...

How much does an event cost at Coast Harbour Cruises?

Events at Coast Harbour Cruises start from 2650.00.
This may be subject to change due to seasonality, day of the week, duration and your specific requirements. For an accurate quote for your event please send an enquiry or contact one of VenueNow's Event Booking Experts.

What type of events can be hosted at Coast Harbour Cruises?

If your specific event type is not on the list, contact one of VenueNow's Event Booking Experts and they will check if Coast Harbour Cruises is able to facilitate your event or will help you find an alternate venue.

How do I find out if Coast Harbour Cruises is available for my event date?

The best way to find out if Coast Harbour Cruises is available for your event date is to send an enquiry through or get in contact with one of VenueNow's Event Booking Experts.

What catering / food and beverage options are available at Coast Harbour Cruises?

What steps are involved in booking an event at Coast Harbour Cruises?

There are a few steps involved in booking an event at Coast Harbour Cruises and the VenueNow team are here to do the heavy lifting for you.

Once we've gathered these details, the VenueNow team will contact the team at Coast Harbour Cruises to check:
1) Can they host the event on your preferred date / time? If not, what are some alternate dates / times?
2) What is the estimated cost based on your event requirements?

If you're happy with the proposed price and dates / times, the VenueNow team will connect you with Coast Harbour Cruises to finalise your booking (which may include a site visit if you choose to do so).

VenueNow provides this service free of charge to you as we are paid a small fee by Coast Harbour Cruises if you book via us.

Want to check pricing or availability?