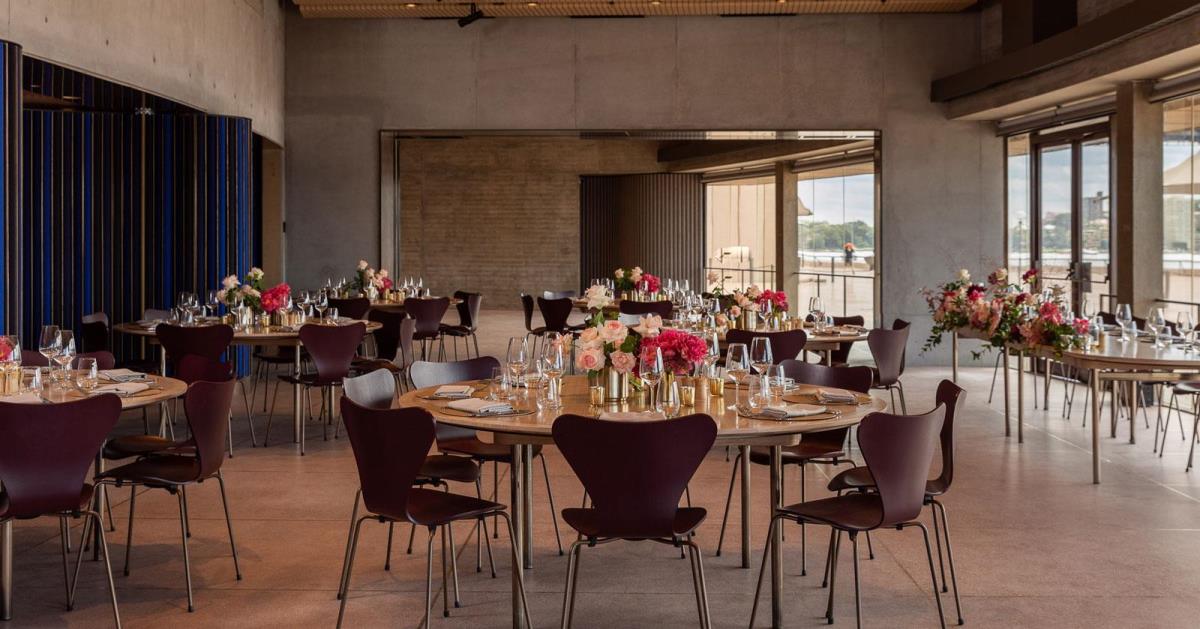 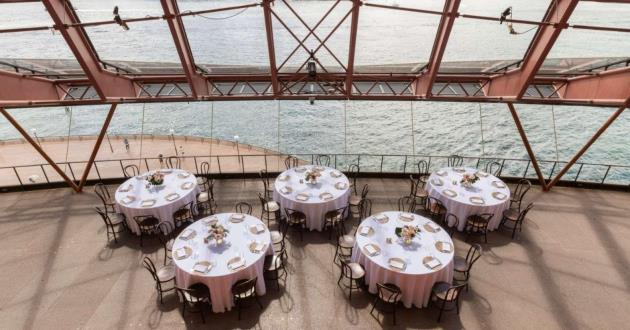 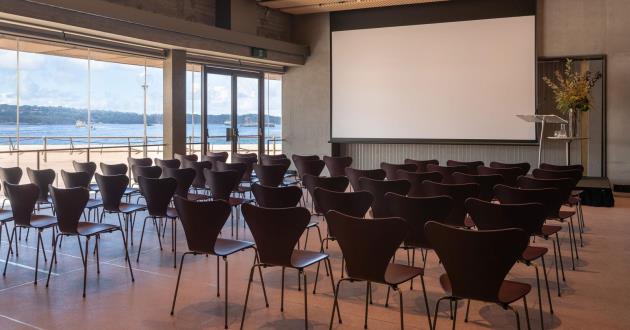 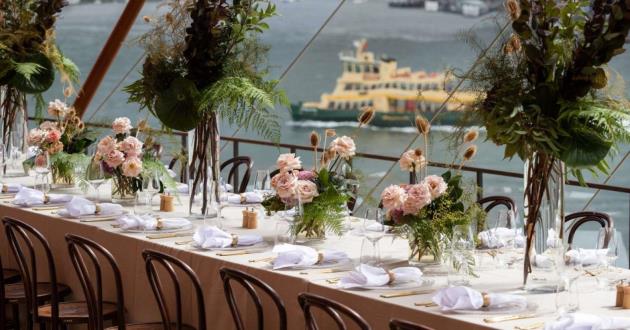 The Sydney Opera House sits on Bennelong Point, a promontory on the south side of Sydney Harbour. It was named for Bennelong, one of two Aboriginal leaders who served as liaisons between the first British settlers and the local communities in Australia.

Designed by Jorn Utzon and completed by a team led by Australian architect Peter Hall, the Sydney Opera House is an architectural masterpiece. Its iconic roof, shaped to resemble billowing sails, is one of the most recognisable structures in the world.

The Sydney Opera House is one of Australia's most famous landmarks and is its number one tourist spot. It is also a multipurpose performing arts venue that hosts music concerts, ballet performances, and opera that draw crowds from all over New South Wales and the rest of the country. The 2,679-seat Concert Hall is Sydney's largest venue that regularly hosts symphony concerts and popular music shows. There are three theatres in the complex, all of which can host performances that range from small musicals to large stage productions. The Forecourt is the main outdoor performance area of the Opera House complex. There is also a recording studio and several restaurants within the premises, as well as guided tours where you will hear many fascinating stories about the history of the Opera House and Bennelong Point.

Sydney Opera House was added to UNESCO's World Heritage List in 2007. It's a spectacular venue and one of the most innovative buildings in the world. It's perfect for events of any scale — from intimate gatherings to large celebrations. Our team of event planning experts will work with you to plan an unforgettable event at Sydney Opera House, as well as make the whole process easy on you. Whether you're hosting a conference, gala dinner, wedding reception or cocktail party we can help you turn your vision into reality. 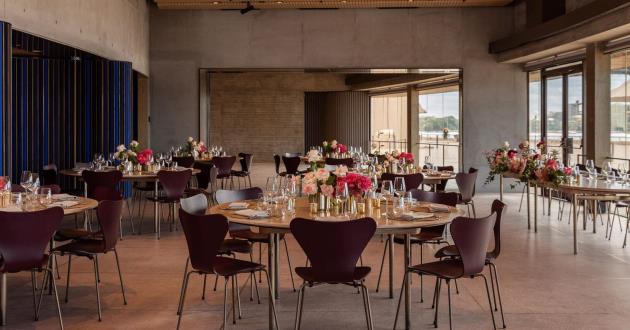 Current Covid-19 restrictions do affect our venue's capacity - Please send through an enquiry to find out further information. The Yallamundi Rooms offer dramatic floor-to-ceiling glass windows streaming with natural light and an unobstruc... 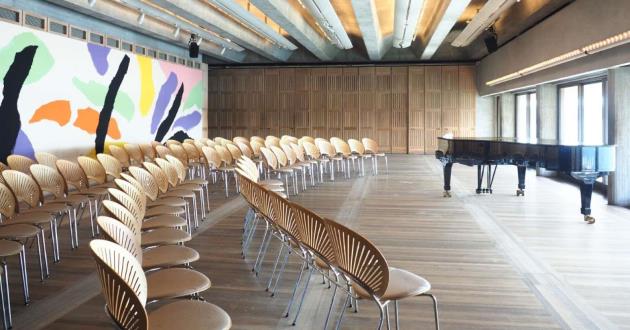 Current Covid-19 restrictions do affect our venue's capacity - Please send through an enquiry to find out further information. Elegance, intimacy and impeccable acoustics combine in the small but impressive space that is the Utzon Room at ... 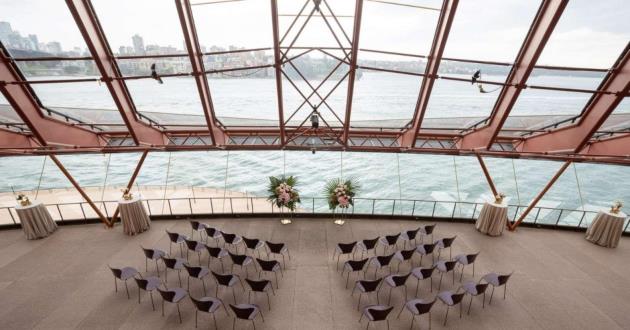 Current Covid-19 restrictions do affect our venue's capacity - Please send through an enquiry to find out further information. Set over three levels, the Concert Hall at the Sydney Opera House is the largest space in the venue and is nothi... 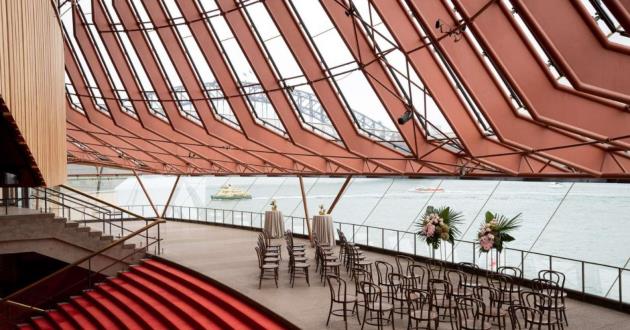 Current Covid-19 restrictions do affect our venue's capacity - Please send through an enquiry to find out further information. Elevate your event in the spectacular Joan Sutherland Theatre Foyer, with a glorious red carpet fit for La Stupe...

What steps are involved in booking an event at Sydney Opera House?

There are a few steps involved in booking an event at Sydney Opera House and the VenueNow team are here to do the heavy lifting for you.

Once we've gathered these details, the VenueNow team will contact the team at Sydney Opera House to check:
1) Can they host the event on your preferred date / time? If not, what are some alternate dates / times?
2) What is the estimated cost based on your event requirements?

If you're happy with the proposed price and dates / times, the VenueNow team will connect you with Sydney Opera House to finalise your booking (which may include a site visit if you choose to do so).

VenueNow provides this service free of charge to you as we are paid a small fee by Sydney Opera House if you book via us.

How do I find out if Sydney Opera House is available for my event date?

The best way to find out if Sydney Opera House is available for your event date is to send an enquiry through or get in contact with one of VenueNow's Event Booking Experts.

How much does an event cost at Sydney Opera House?

Events at Sydney Opera House start from 1000.00.
This may be subject to change due to seasonality, day of the week, duration and your specific requirements. For an accurate quote for your event please send an enquiry or contact one of VenueNow's Event Booking Experts.

What type of events can be hosted at Sydney Opera House?

If your specific event type is not on the list, contact one of VenueNow's Event Booking Experts and they will check if Sydney Opera House is able to facilitate your event or will help you find an alternate venue.

What catering / food and beverage options are available at Sydney Opera House?

There are also several dining establishments at the Sydney Opera House. Opera Bar, which boasts menus curated by celebrity chef Matt Moran, offers light Sydney-inspired fare for snacking and sharing. Live music and DJs create a festive air on evenings and weekends at the Sydney Opera House bar. Opera Kitchen, also by Matt Moran, is a new market food hall that's open for breakfast all the way until late evening.

Bennelong, the famed Sydney Opera House restaurant, is an award-winning formal dining establishment with a menu by Peter Gilmore and the most spectacular views of Sydney Harbour. For light pre-show meals, there's Portside Sydney, a casual dining restaurant with stunning views of Circular Quay and the Sydney Harbour Bridge.

What are the available Sydney Opera house function spaces?

The Yallamundi Rooms is a new addition to the Opera House that will accommodate events of all sizes. The name Yallamundi, which means storyteller, honours the venue's First Nations legacy and its location on Bennelong Point. The Yallamundi Rooms are all-weather function spaces with direct access to the Northern Broadwalk and views of the Harbour Bridge. These spaces will have room for up to 400 people at a cocktail event.

With a capacity of up to 200, the Utzon Room is perfect for intimate celebrations, small conferences, meetings, and recitals. Floor-to-ceiling windows provide sweeping views of the harbour.

The Concert Hall Foyers can hold up to 1000 people at a cocktail function and boasts three levels: Granite, Lounge, and Bar. Purple carpets and sparkling views of Sydney Harbour make this function space one of the most breathtaking function areas at Sydney Opera House.

Where is Sydney Opera House located?

Sydney Opera House is located at Bennelong Point in Sydney, Australia. It overlooks the Sydney Harbour Bridge and faces the Royal Botanic Gardens. You have several transport options if coming to the Sydney Opera House for an event. The closest train station is Circular Quay, which is only a 5-minute walk away from the Opera House entrance. You can also get there by bus or ferry. There are parking facilities in many parts of the city, but you probably won't need them since public transportation is so convenient.

What are the popular attractions near the Sydney Opera House?

There are many popular attractions near the Sydney Opera House. The Royal Botanic Gardens and Mrs Macquarie's Chair also overlook Sydney Harbour and make for perfect spots to take pictures. You can also visit Circular Quay and see some of the most iconic landmarks in Australia, such as the Sydney Harbour Bridge.

When was the Sydney Opera House completed?

Construction of the Sydney Opera House began on 28th March 1959. It was finished in October 1973. The building is now one of the most popular structures in Australia and, indeed, the whole world. You can visit the Opera House all throughout the year to enjoy a variety of exhibits and productions.

What are the most popular Sydney Opera House events?

With over 40 different shows taking place every week, there's no shortage of fun and exciting events and performances at this one-of-a-kind location. There are thousands of performances and arts events at the venue every year. These include Australian ballet, chamber music performances, opera theatre, pop music concerts, and more. The Sydney Opera House Sydney NSW is home to the Australian Chamber Orchestra, Opera Australia, The Sydney Theatre Co., The Australian Ballet, Bangarra Dance Theatre, Sydney Symphony Orchestra, Bell Shakespeare, and Sydney Philharmonia Choirs.

What should I keep in mind when planning an event at Sydney Opera House?

Whether you're planning a small gathering or an extravagant event, Sydney Opera House is the perfect place to create unforgettable experiences that will be talked about long after they occur. Here are some things to consider when planning to rent Sydney Opera House spaces:

- The Opera House is one of the most popular venues in Australia, so it's crucial to book your event as early as possible. Every week, hundreds of events are hosted here! This means that availability fills quickly, especially during peak season.

- Renting out any space comes with specific rules and guidelines for use. If you're not sure where to begin, the Opera House's website features an event planner that will help walk you through each step of hosting your shindig at this amazing venue.

- Keep in mind that certain spaces accommodate only a few people while others can hold hundreds. The location and space suitability depends on your needs and what you want to do!

- The Opera House is a fully catered venue and has a large catering capacity.