Where does the inspiration for a high-concept cocktail bar come from? Today, we chat to the general manager, or 'Lieutenant General', from Sydney's Kittyhawk, to find out. We also talk to the head chef to see how far this inspiration extends, and detail an exclusive deal that could see you and 20 of your closest friends get lit...literally.

All great concepts start with a single point of inspiration; a spark that sets off a chain reaction. At Kittyhawk, a high-concept cocktail bar in the heart of Sydney’s financial district, that very first spark came from, of all things, a drink—the blended rum and rye Old Fashioned.

From there, the concept grew rapidly, to a bar that’s been plucked from the history books: Paris, Liberation Day, August 25, 1944. As soon as you walk in the front door, you can see this theme: the big, conservatory-style windows in the front, the Parisian cafe-inspired mosaic tiled floor, the military green leather banquettes. Its name is anchored to this concept: a ‘Kittyhawk’ is a fighter plane from this period, a technological marvel of its time. 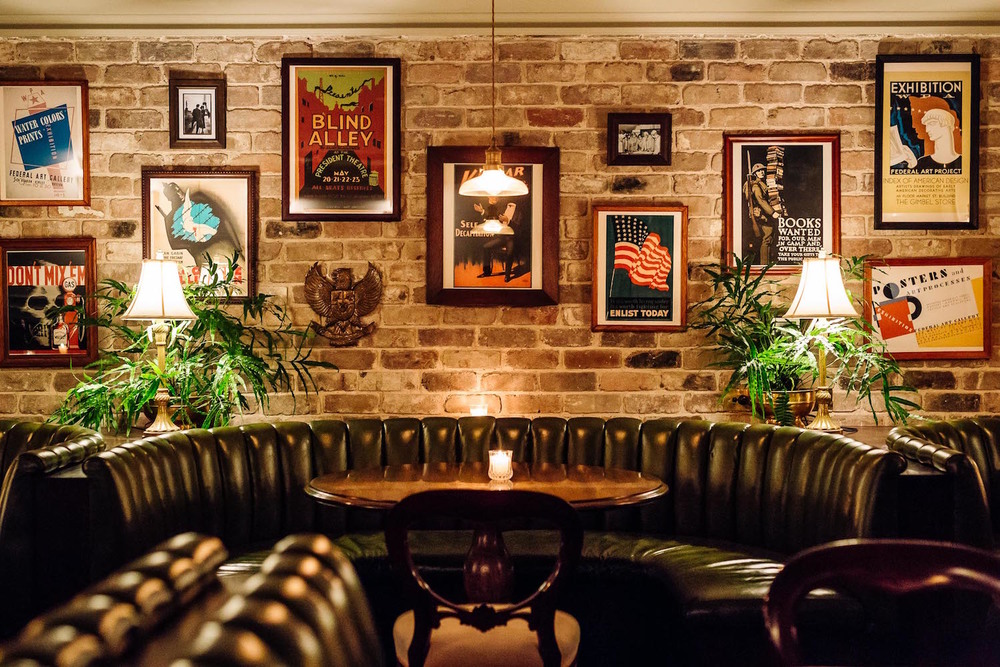 On the surface, this nod to Paris, Liberation Day, 1944, is both intriguing and beguiling. But this homage to a jubilant period in history goes much deeper.

“For those who are unfamiliar with the story, it’s an interesting, beautiful looking space,” says Jared Merlino, the venue owner and GM—or ‘Lieutenant General’ as his official position states.

“But for those who know the story behind it, it’s much more. And there is a lot detail, so guests notice something different every time they visit.”

Details like the reclaimed French doors lining cabinets full of old war time paraphernalia, or the photographs of WWII fighter pilots adorning the walls. It was these photographs which lead to an amazing encounter, and eventually the inspiration for the new theme of the upstairs function room, The Officers’ Mess, to be relaunched in approximately a month.

According to Jared, “A lady came into the bar, and happened across a photo on the wall of a fighter pilot standing next to his Corsair warplane. She recognised the man in the photograph as her grandfather. Not only that, but she had never seen that photo of him before.” 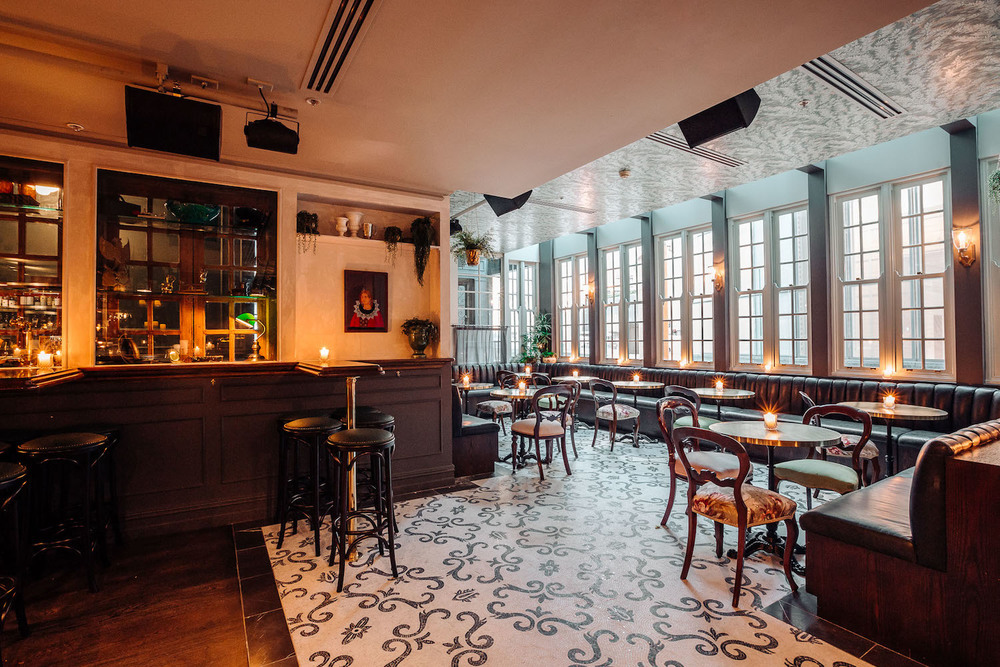 Another gentleman came into the bar, visiting Sydney for his uncle’s funeral—an uncle who could possibly have been the last remaining Australian Kittyhawk pilot to fly during the Second World War.
Thus the inspiration for the renovation of the upstairs function room, The Officers’ Mess, was born. Using stories and images sent from ancestors of these fighter pilots, the space will be a function space with meaning and warmth, adorned with the stories and images of real pilots. Imagine holding an event in a room that is not only visually striking, but is soaked in history.

The connection to Liberation Day, 1944, continues all the way through to the food and cocktails on offer. The cocktail and bar menus are written in the schematic theme of an aircraft manual. The cocktails are an exploration of the popular spirits of this time, with a leaning towards rye whiskey, which is unusual for an Australian bar.

“We have one of the biggest rye whiskey collections of any bar in Australia,” says Jared. “Many bars are unwilling to experiment with rye whiskey because it’s quite expensive. We’ve actually developed a number of unique cocktails by experimenting with rye.”

This experimentation is obvious when you look at the cocktail list. It goes well beyond the typical offerings of Harvey Wallbangers and tequila sunrises. Order an Old Grogram and watch your drink ignite. Literally. Part of the process involves flames; call it a high-brow Flaming Moe. If you book an event at Kittyhawk for you and 20 mates until the end of September, you can experience this pyro pizzazz for free. 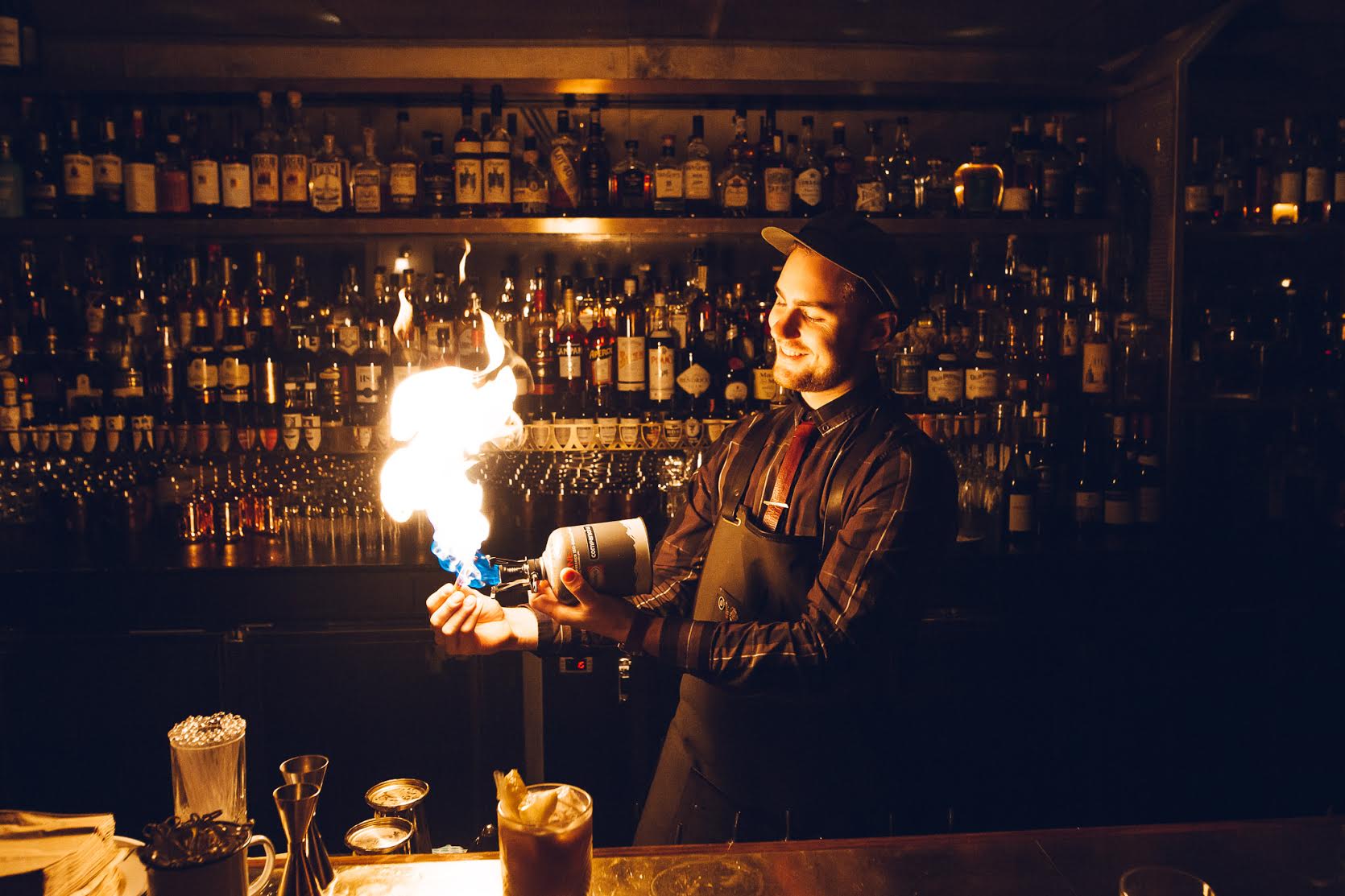 The food, too, has an obvious French influence, but with its own signature.

“It’s a modern take on French classics,” says head chef Liam Driscoll. “I took inspiration from classic French bistros and cafes, and added a modern twist.” The rye and brown sugar cured salmon with horseradish crème fraîche is the dish that best represents this marriage between modern and classic, with a hint of rye thrown in for good measure.

When you combine all these separate elements of food, drink, the interior - you get a truly unique, high-concept bar. It’s amazing to think that such a small spark of an idea could flourish into such an intriguing venue that rewards its repeat visitors with even more detail each time they visit.