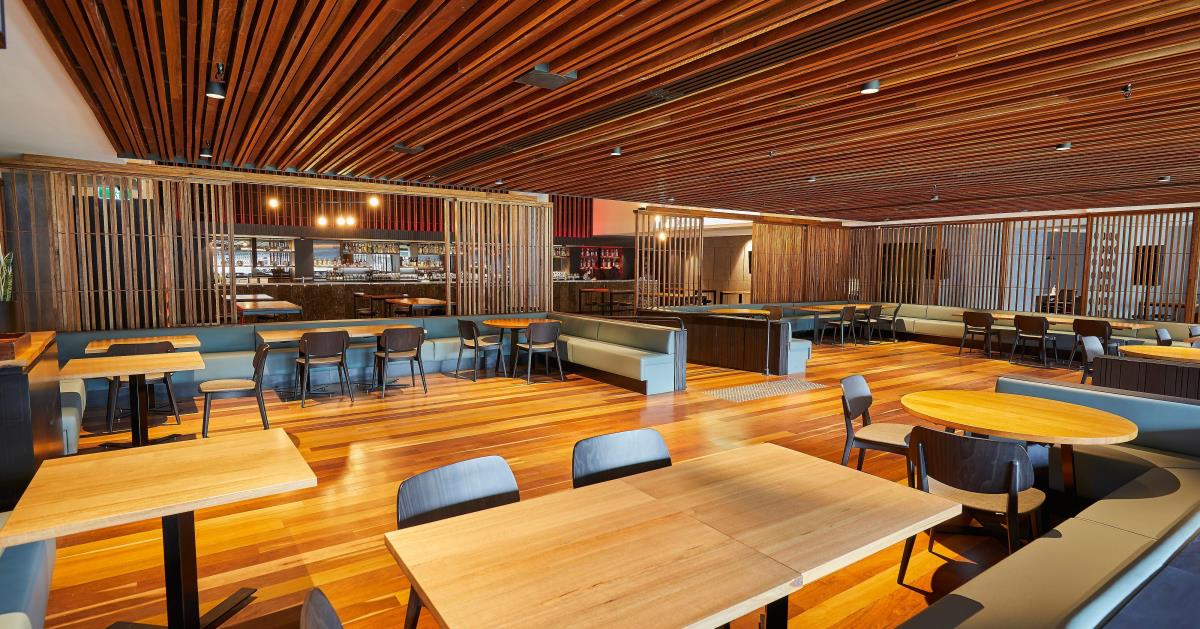 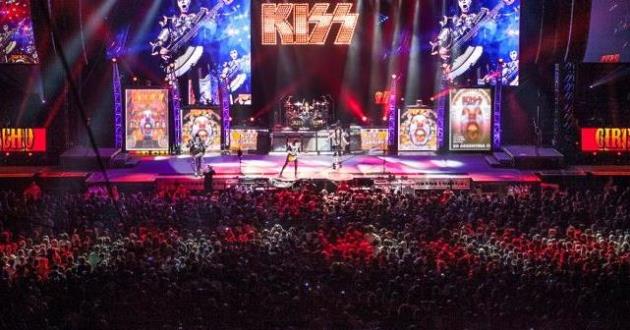 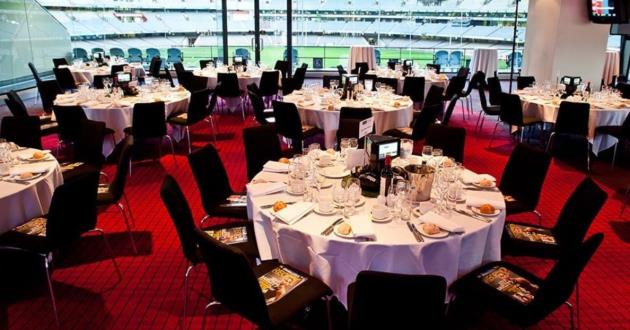 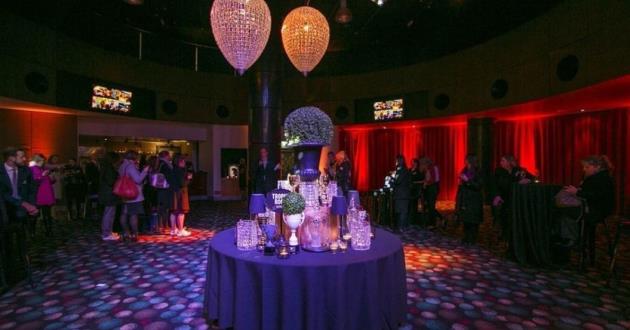 Marvel Stadium in Melbourne, Australia is home to one of the most active events venues on the planet. With 80+ sports and entertainment events annually along with 600 non-event day functions, this place never sleeps! Marvel Stadium Melbourne is home to Australian rules football as well as rugby league and rugby union matches, cricket matches as well as many memorable concerts and special events.

Marvel Stadium Melbourne has welcomed more than 35 million spectators since it opened in 2000. It hosts some of the world's biggest international sporting events, regularly staging AFL and A-League games, International Rugby Union tests and Soccer World Cup qualifiers. It has also hosted performances from some of the world's biggest stars, including AC/DC, Taylor Swift, Eminem, the Foo Fighters, Justin Timberlake, Andre Rieu and Bon Jovi.

With its famous retractable roof, movable seats and other nifty features, including over 1500 IPTV High Definition screens displaying non-stop info, Marvel Stadium is the most technologically advanced and versatile stadium in Australia. Formerly known as Docksides Stadium, the venue has been known as Marvel Stadium since October 1, 2018 through a naming-rights sponsorship by The Walt Disney Company Australia. 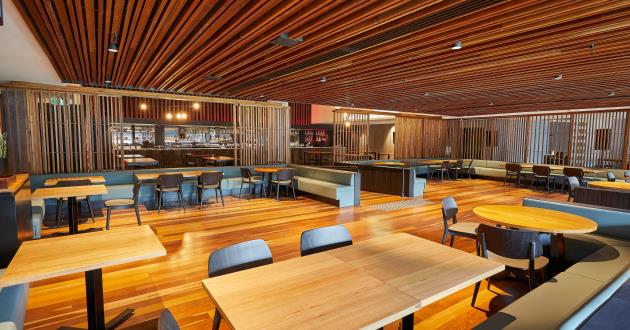 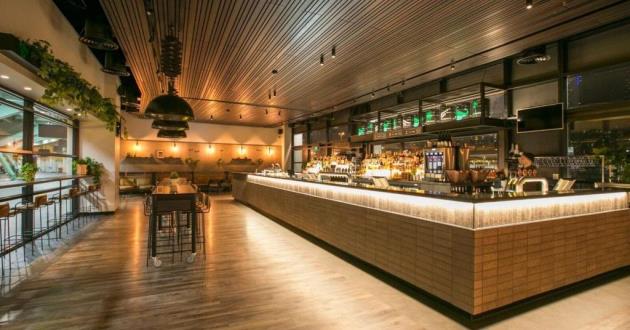 Marvel Stadium’s newest function space Garden Gate, boasts state of the art design with a skyline view of the Melbourne CBD. Featuring high ceilings, modern fixtures and a central bar that highlights an abundance of drink selections – this... 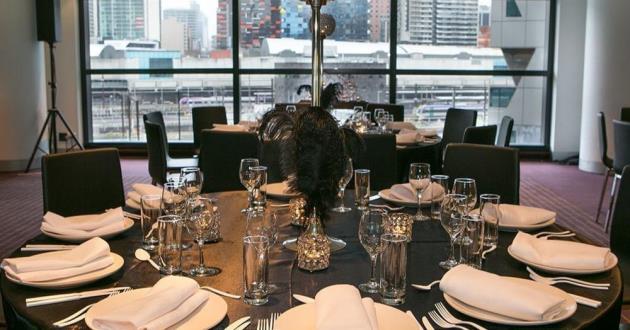 The Parker room is a mirror image of our Stark room, boasting city views on one side and arena views on the other. The room can be sectioned off or opened up to create a large function space. It also has a large pre-function foyer that is a... 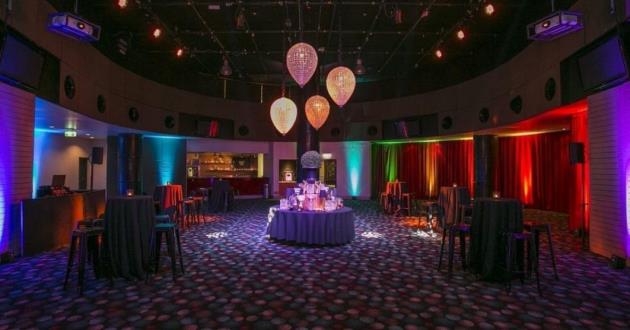 Originally built as a television studio, this distinctive space will lend a unique and striking feel to any function. The Studio features rigging grids in the ceiling and excellent acoustics. It also offers awesome arena views and a moveab... 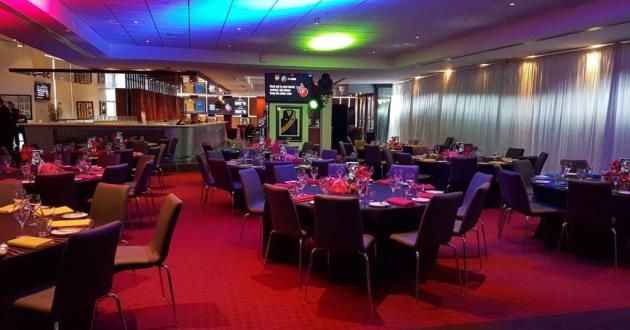 This is an intimate room which will certainly impress. With lounge furniture and sporting memorabilia theming the space, the sports bar is fully contained with its own stunning island bar with a buffet station. Intimate surrounds with spect... 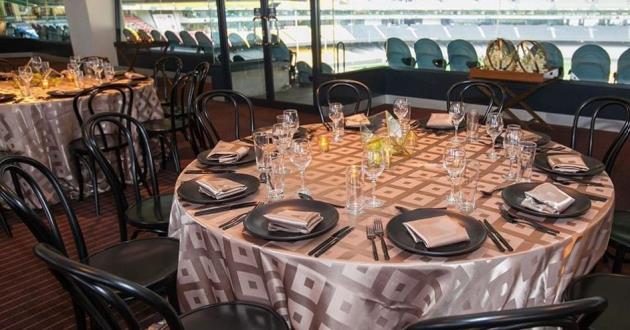 Overlooking the arena and with views of the Docklands Harbour, this well appointed function room is a firm favourite. Ideal for those important presentations or business dinners, the Quill Room is both contemporary and stylish. 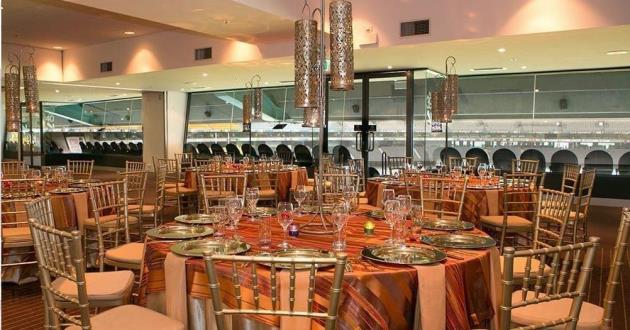 This room has city scape views on one side and arena views on the other. The room can be sectioned off or opened up to create a large function space. It also has a large pre function foyer that is a perfect setting for networking and drinks... 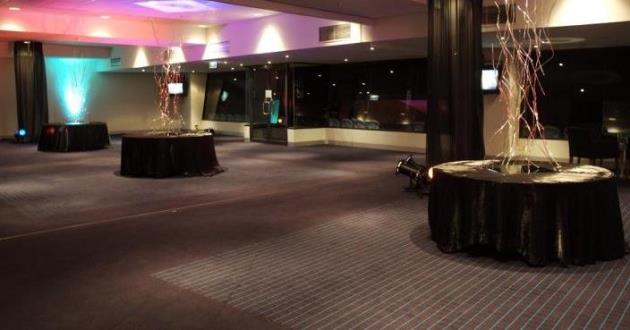 Located on the city side of Marvel Stadium, the Rogers Room has spectacular arena views and offers all the necessary facilities and services to host breakfasts, product launches, seminars, corporate lunches, dinners and small conferences. 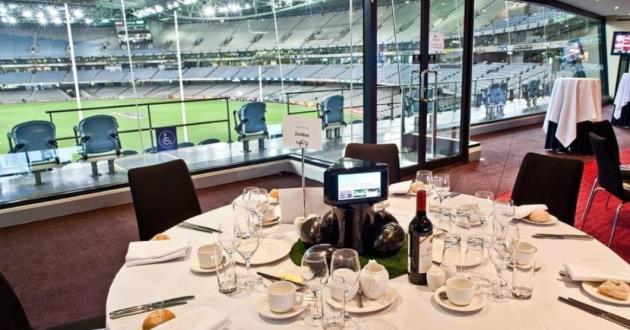 The Danvers Room is an ideal space for creating an intimate environment with an abundance of natural light. The room is ideal for mid-sized events and boasts full length views of the playing surface as well as full length windows overlookin... 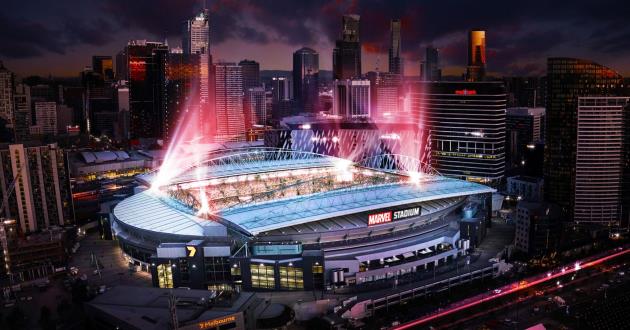 Turn your next large-scale event into an unforgettable experience. The Main Arena can accommodate a team of any size and offers countless possibilities. 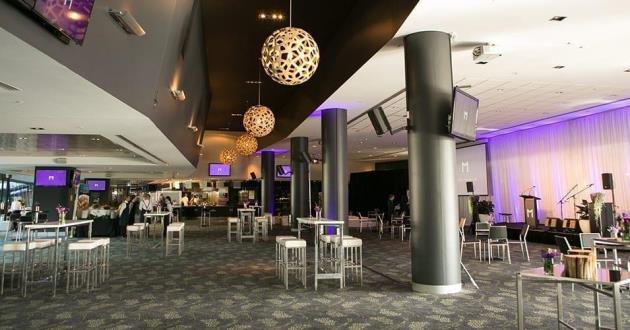 The Medallion Club is the most exclusive function facility. A striking, architecturally designed feature bar and a flexible open-plan space are just some of the Medallion Club's features. Perfect for warm summer nights or cool winter days, ... 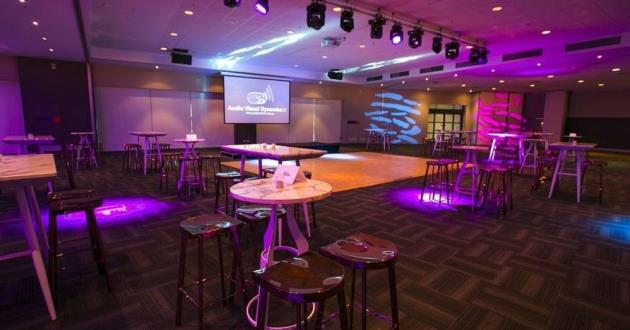 The Victory Room is the largest and most versatile of our function rooms. It offers a spectacular view of Victoria Harbour, which can be enjoyed from the outdoor promenade running the length of the room. Perfect for watching the sun set ove... 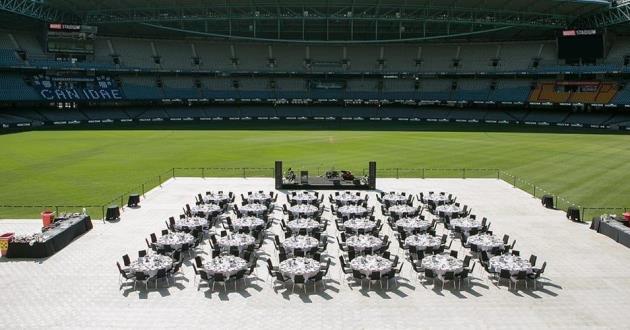 Give your next event its own distinctive style by taking advantage of our change rooms, on-ground access, stadium tours, impressive scoreboard and exclusive Diamond Club. Don't just think inside the box. Think outside of this and give your...

How much does an event cost at Marvel Stadium?

What type of Marvel Stadium events can be hosted?

If your specific event type is not on the list, contact one of VenueNow's Event Booking Experts and they will check if Marvel Stadium is able to facilitate your event or will help you find an alternate venue.

How do I find out if Marvel Stadium is available for my event date?

The best way to find out if Marvel Stadium is available for your event date is to send an enquiry through or get in contact with one of VenueNow's Event Booking Experts.

What steps are involved in booking an event at Marvel Stadium?

There are a few steps involved in booking an event at Marvel Stadium and the VenueNow team are here to do the heavy lifting for you.

Once we've gathered these details, the VenueNow team will contact Marvel Stadium to check:
1) Can they host the event on your preferred date / time? If not, what are some alternate dates / times?
2) What is the estimated cost based on your event requirements?

If you're happy with the proposed price and dates / times, the VenueNow team will connect you with Marvel Stadium to finalise your booking (which may include a site visit if you choose to do so).

VenueNow provides this service free of charge to you as we are paid a small fee by Marvel Stadium if you book via us.

Where is Marvel Stadium?

Marvel Stadium Bourke Street Docklands VIC is located on the harbour, its walkability and its access to multiple forms of public transport make it one of the most accessible stadiums in the Southern hemisphere.

What options are available for Marvel Stadium parking?

How do I get to Marvel Stadium?

You may also take the tram to Marvel Stadium from Harbour Esplanade or La Trobe Street. Alternatively, you may get off at Spencer Street, Collins Street or Bourke Street in the CBD. All of these stops are a short walk to the stadium.

If going by bus, the terminus is at Southern Cross Station. From there, the stadium is a 4-minute walk across the Bourke Street pedestrian footbridge.

What is the Marvel Stadium capacity?

Marvel Stadium has a capacity of 55,000 for sporting events. It also has a range of event spaces within the complex for medium to larger events ranging from a few hundred people to thousands.

If you're looking at Marvel Stadium seating for sporting events we recommend reviewing the Marvel Stadium map on their website to find the best seat.

Where can I purchase Marvel Stadium tickets?

If you're looking for tickets at for upcoming events at Marvel Stadium, we recommend checking out their website for Marvel Stadium Events.