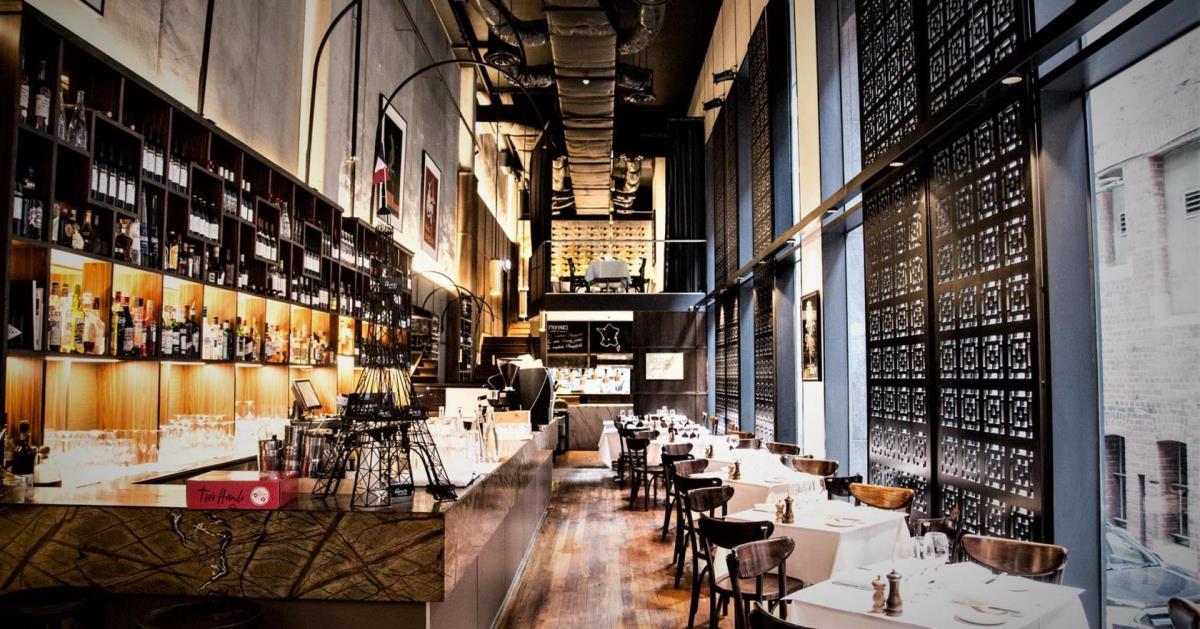 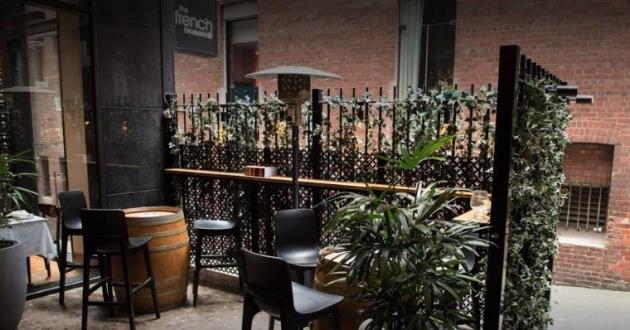 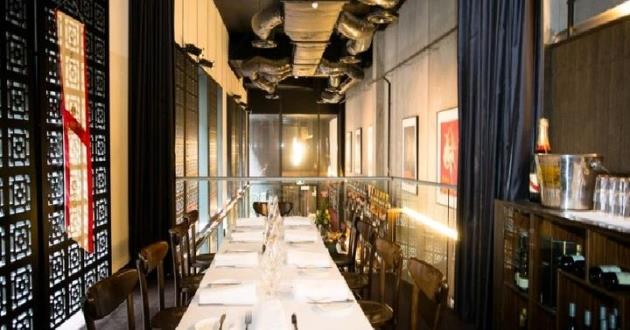 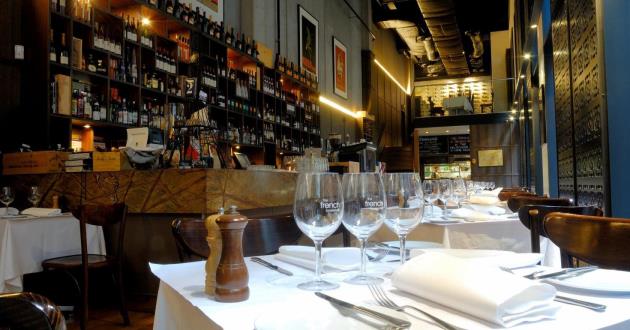 The French Brasserie is a decidedly French-flavoured oasis in the - how appropriate! - “Paris End” of Melbourne. Set just off Flinders Lane, it’s an ever-popular mainstay of the area’s dining precinct. It’s a testament to the restaurant and its team that The French Brasserie has stuck around for as long as it has. The goings-on are, from all accounts, delicious, and steeped in old-school class. Old-school class is definitely the way one might describe the menu at The French Brasserie. It’s full of classic French cooking, done really, really well. High ceilings tower above diners, and the sumptuously designed restaurant. Service too is the attentive, old-world charm kind. Which is just fine with us. As a function venue, The French Brasserie is well versed in playing host to everything from weddings to corporate events, to important dinners. For those after a little bit of privacy without forgoing the warm and buzzing atmosphere, there’s a pleasing mezzanine level perched just above the restaurant. The French Brasserie is found tucked away on Malthouse Lane, just off Flinders Lane. Which in turn is just off Exhibition Street, and near the corner of Flinders Street. Parliament is the nearest train station, although Flinders Street station isn’t too far away. 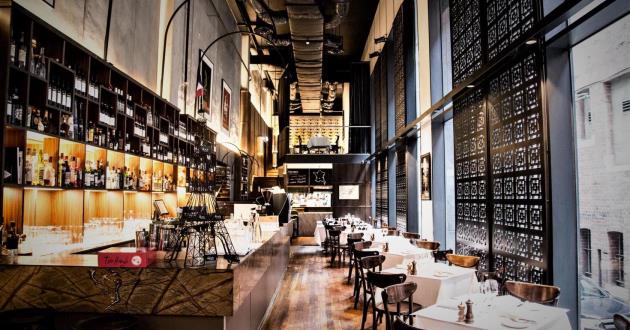 This space is with its towering high ceilings, striking design, and delicious smells and tastes are one of Melbourne's favourite city destinations for classic French cuisine. It also doesn't hurt that this venue is found in one of the city... 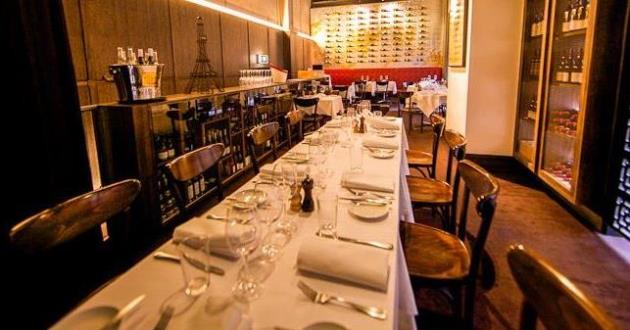 The Mezzanine - makes you feel a little important, doesn't it? Makes you want to do a royal wave to those down below, doesn't it? Come on, it does a little. The mezzanine level looks down on the restaurant proper from its semi-private vant... 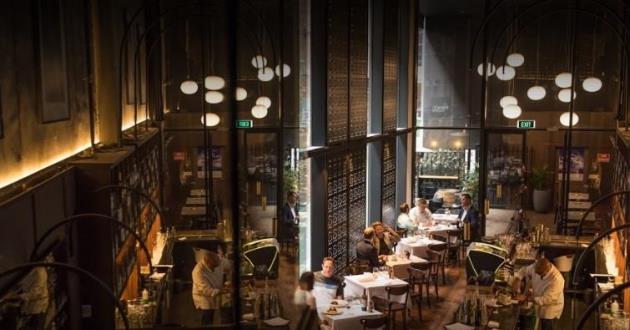 The Terrace tucked down a quiet lane-way away from the hustle of the Paris end of the CBD, this is a delightful spot for aperitifs, tea, or open-air dining. Sit on the Terrace, sip your champagne, and while away an afternoon feel chill all...

How much does an event cost at The French Brasserie?

What type of events can be hosted at The French Brasserie?

If your specific event type is not on the list, contact one of VenueNow's Event Booking Experts and they will check if The French Brasserie is able to facilitate your event or will help you find an alternate venue.

How do I find out if The French Brasserie is available for my event date?

The best way to find out if The French Brasserie is available for your event date is to send an enquiry through or get in contact with one of VenueNow's Event Booking Experts.

What catering / food and beverage options are available at The French Brasserie?

What steps are involved in booking an event at The French Brasserie?

There are a few steps involved in booking an event at The French Brasserie and the VenueNow team are here to do the heavy lifting for you.

Once we've gathered these details, the VenueNow team will contact the team at The French Brasserie to check:
1) Can they host the event on your preferred date / time? If not, what are some alternate dates / times?
2) What is the estimated cost based on your event requirements?

If you're happy with the proposed price and dates / times, the VenueNow team will connect you with The French Brasserie to finalise your booking (which may include a site visit if you choose to do so).

VenueNow provides this service free of charge to you as we are paid a small fee by The French Brasserie if you book via us.

What is on the menu at this restaurant?

The cuisine at this restaurant is classic French with a modern twist, that showcases the best of French and Australian produce. Complementing the menu is the distinctive Australian and French wine list compiled by the in-house sommelier.

To view the restaurant's full menu, click on the links below:

What are the operating hours of this location?

Where is French Brasserie Melbourne located?

It is located at 2 Malthouse Lane, Melbourne VIC 3000, Australia.

Why should I hold my next special occasion at this location?

French Brasserie offers a relaxing sanctuary at the top end of town. With soaring ceilings and vast glass expanses, enjoy a chic contemporary atmosphere while friendly attentive staff anticipate your every need. Elect to sit upstairs in the mezzanine, inside at intimate tables or relax outside on the terrace. With excellent food, excellent service and excellent ambience, French Brasserie guarantees an exciting dining experience for you and your guests.